That being said, we have decided to bring you a list of manhwa where mc gets betrayed and goes dark, in which characters have snuck around, kept hidden agendas, and stabbed each other in the back.

These are some of the most unexpected, the most aggravating, and at times, the most heart-wrenching demolitions of trust. These are the best manhwa where mc gets betrayed and goes dark, let’s get to it.

You may also like: Top 10 Martial Arts Manhwa That You Must Absolutely Read 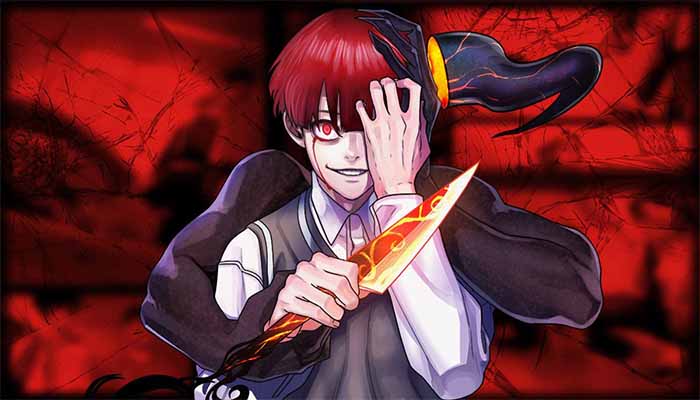 Jungho is bullied to the point of self-harm, until one day, his prayers are answered by Mephistopheles, the archdevil. Mephisto offers Jungho magical powers that would allow him to take revenge on his bullies, and in return, asks for his soul. It’s an easy choice for Jungho, who thinks nothing can be worse than the living hell that is his life. But what he doesn’t know is that there are greater forces at work and that he is but a pawn in a much larger game played by demons and exorcists.

That is to say, this is a very interesting revenge Manhwa where mc gets betrayed and goes dark. To say the least, I wholeheartedly enjoyed the concept that this manhwa dove into. The idea of getting revenge is a strong one and it is really easy to screw up when you’re trying to write about it.

Moving on to the art, I personally fancied it over many other manhwas artwork. Although any art style that works with the story that it’s trying to tell gets a 10 out of 10 from me, this art style was compelling. The powers that were unleashed during the fight scenes were interesting to look at. Every facial expression that the characters made were automatically fitting towards the situation they were in. The characters in this story were not realistic. Every character is basically insane but that’s what makes the story work.

Overall the story and artwork were engaging and I would recommend you to read this manhwa where mc gets betrayed and goes dark.

A story of bitterness, hate, and revenge… Callous to the pains of his classmate being bullied by punks. Yongju one day finds himself the target. When Yongju’s attempt to get back at the bullies goes terribly wrong, his brother Yong Jin pledges to enact justice – setting him on a methodical yet twisted path bent on ruthless vengeance.

I really like this manhwa where mc gets betrayed and goes dark. I have read many revenge stories and I can assure you that this is one of the best. It is simply pure revenge accompanied by hatred and anger and the ending is perfect if you were wondering because revenge stories usually don’t end that well.

The idea of having an older brother go after his younger brother’s bullies is pretty dope. The fighting scenes and the art is good. However, plotwise, there’s not much to offer and character development could be improved by not having everyone act the same…

Overall, The reasoning, the backstory, the ending makes for a well-rounded classic manhwa. Therefore, I would highly recommend you to read this if you aren’t super sensitive to emotional things or violence! Everything about this story is so so good and it doesn’t have the popularity it deserves!! 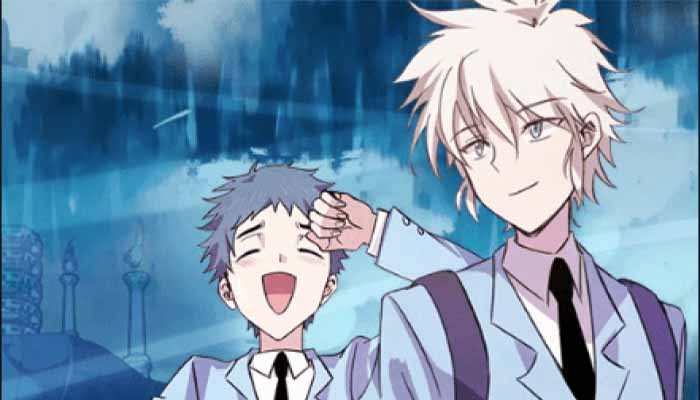 Suffering from heartbreak after being rejected by Poseidon, goddess of wisdom Athena becomes human to seek revenge… but as a high schoolboy. There she plots to befriend Poseidon’s reincarnation, Adrian, who doesn’t have the slightest clue about the world of gods. But will her sweet vengeance be thwarted by other opposing forces, or will her own one-sided love hinder her plans? 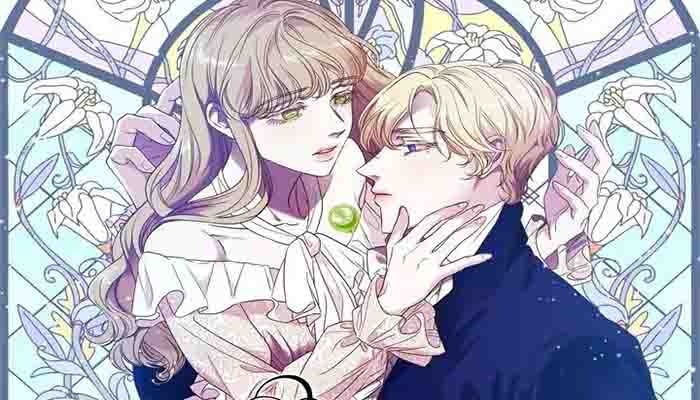 Set on a path to tragedy and misfortune from a young age, Aseph Randell is doomed to die a villain. That is until the mysterious Elzay Tiathe appears in his life with a promise: “I can save you.” After having vivid visions of him for so long, can Elzay untangle the twisted fate tied to Aseph… or will they both be dragged down together?

We’re talking here about manhwa where mc gets betrayed and goes dark, So don’t get twisted by the romance happening there. This manhwa NOT FOR THE FEINT OF HEART, with definitely a lot of blood and violence.

This is the picture-perfect display of an unhealthy relationship. On one side you have a manipulative, literal villain.  On the other, you have a girl who is head over heels for him, even when she knows he’s lying, she’s obsessed.  And the communication on both sides is terrible and full of lies.  The definition of toxic.

That is to say, The storyline conveys exactly what it’s trying to convey (a terrible tale). The art is incredibly well done, the characters are fleshed out and compelling.  It just leaves you feeling incredibly uncomfortable, and isn’t a casual read, especially for the weak of heart. But if you don’t full in that category of readers, then I assure you, you’ll love it. 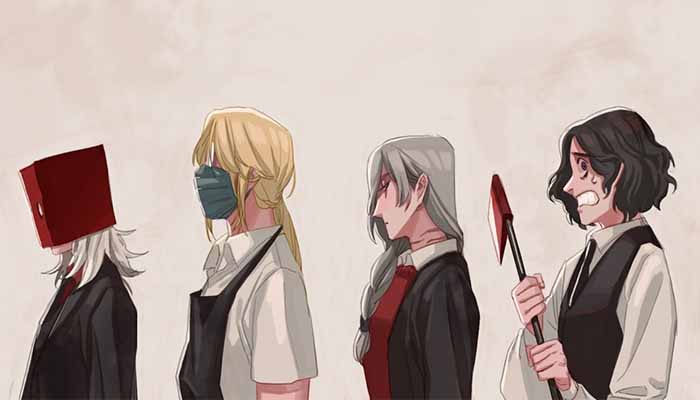 A story of murder and violence, “Unhinged” follows Erika as she walks a path of vengeance. Seven years ago, Erika came home to find her husband murdered. Unable to find any other suspects, Erika was found guilty and spends most of a decade plotting her revenge from the inside of a cell. Once freed, she finds herself moving past the boundaries of “respectable” society and beyond the shackles of morality. Laws will be broken, lives will be lost, and, yes, there will be blood.

This manhwa where mc gets betrayed and goes dark is a good psychotic thriller. It got a nice artwork, and Character development is there, their backstories reason it which gives the characters a good score.

You really get a feel for each character on why they kill in the first place. This manhwa where mc gets betrayed and goes dark is not for the faint-hearted and like it is definitely gory so yall been warned. I do wish this story wasn’t split into 2 seasons since season 2 hasn’t been announced yet. Oh well, this manhwa is a really good story to check out if you like your revenge manhwa. 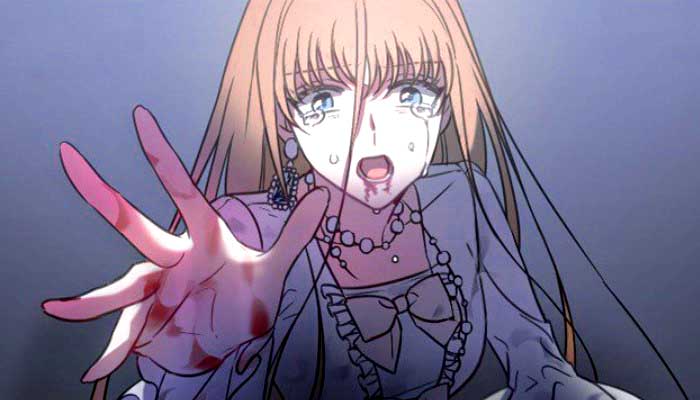 This story is interesting, and unique in its own way. Elena became a fake daughter of Duke. Therefore She became the queen and gave birth to Crown Prince’s son. But the wind doesn’t flow as the ships desire. Elena finds out that she was just a little toy after she gets betrayed and murdered. But Elena’s story doesn’t end here! Because fate gives Elena a second chance to take her revenge on who manipulated her.

This Manhwa where mc gets betrayed and goes dark is pretty fun to read. The ambiance isn’t dark but interesting and the mc is a little badass and intelligent girl.

The art style is really pretty and fun to look at which I think adds a lot to the story. The MC is cunning and seems like she’s got her shit together compared to other characters in other manhwas. It is still a bit early to determine what is going to happen, but I highly recommend this manhwa for mainly the art and the fact that the MC is intimidating.

The Villainess Turns the Hourglass 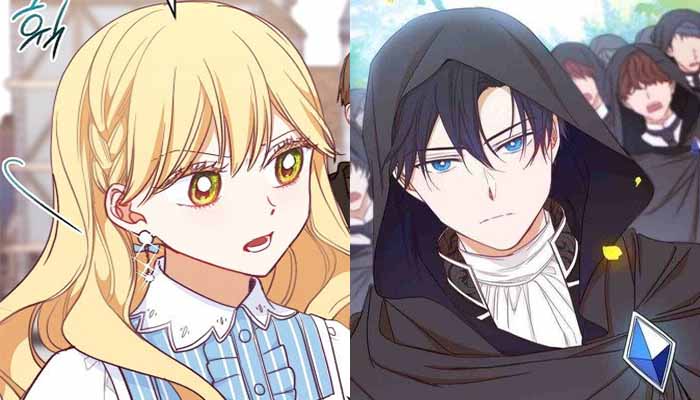 After her lowly mother married a count, Aria enjoyed a life full of luxury while harassing her gentle stepsister Mielle. Several years later, Aria is about to be executed when Mielle reveals that she wickedly tricked Aria into building the bad reputation that ultimately brought her to the scaffold. Just as Aria desperately wishes she could change her fate, she sees a curious hourglass that takes her back into the past. Now, Aria can destroy Mielle by using her own tactics against her as a true villainess. The power of the hourglass is on her side… Can Aria take everything from Mielle, or will her actions change the past in ways she couldn’t have imagined?

Good story. Not that complex if you’re familiar with the whole ‘villainess’ stories but instead of isekai it’s time travel. This does let it be more serious though since this MC was a bad person and did get her head cut off and that has traumatized her.

Moreover, The art style is just beautiful and it really draws you into the plot of the story. The MC is very clever and because she went back in time, she becomes a completely different person. I find everything about this manhwa very charming and intriguing. The ML is also nothing to overlook even though he doesn’t make an official entrance until later on. His attitude towards the FL is a lot more likable compared to other MLS who just obsess over the FL and force her to love them back. There isn’t much romance in the current chapters, but the story is so good that I don’t really mind if there isn’t much.

Overall, If you enjoy political intrigue, stories involving nobility and royalty, ruthless female characters, strong female characters, or power struggles between different factions. This manhwa where mc gets betrayed and goes dark is definitely for you. 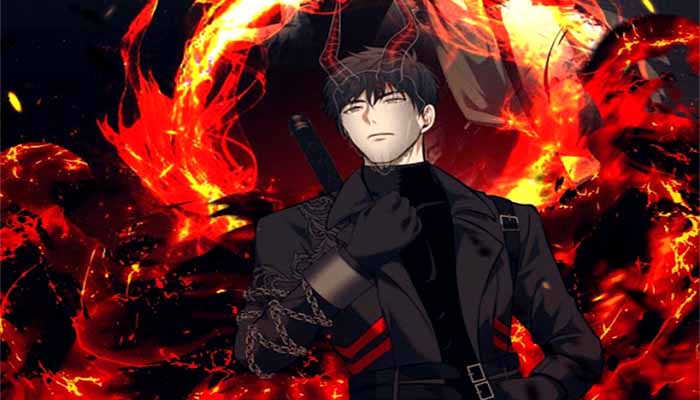 Yeonwoo’s brother disappeared years ago, and he’s devastated to learn of his death. As he copes with his loss, he’s given a pocket watch and learns there’s more to his brother’s death: he was betrayed while competing in the Tower of the Sun God. Now it’s Yeonwoo’s turn to use the knowledge his brother left behind. Can Yeonwoo navigate that world and gain enough power and experience to reach the top of the tower, defeating his brother’s enemies and all those who stand in his way?

This manhwa is like a mixture of solo leveling and tower of god and even a little of Sao but not exactly like any of them. The protagonist is rough and overpowered but gets your emotions moved with him, he doesn’t feel inhuman or apathetic, and no matter how many people he kills you’ll see exactly why he did it and can’t help but root for him.

Overall plot and design of the story are quite easy to grasp and the art is decent and easy on the eyes. The characters are easily perceivable too. The simplicity of the story is refreshing and is a great turnabout.

That is to say, If u like stories about weak to strong, revenge, fantasy, and RPG then this manhwa where mc gets betrayed and goes dark is the one for you.

So are you ready for some vengeance manhwa where mc gets betrayed and goes dark?. Which Manhwa do you think worth the try? tell us that and more in the comments.

we hope you enjoyed this list, and if you did you may also want to check out our Youtube channel where we recommend some of the best lists of mangas, manhwa, and anime.

Whatever you’re looking for, we got you here.