Hello dear Otakus, welcome to this article, in this website we give you all the recommendations you need to survive and be entertained throughout your days and nights Therefore this time we have for you the best10 mystery Manhwa.

Moreover, your mind will surely be busy, and your thoughts will indeed be squeezy, you shall be wondering which one out of that mystery manhwa you will read first! But what’s good about it is that you will have some good ones and bad ones, therefore, you will know where to start.

So, get ready, and let’s start the countdown already… 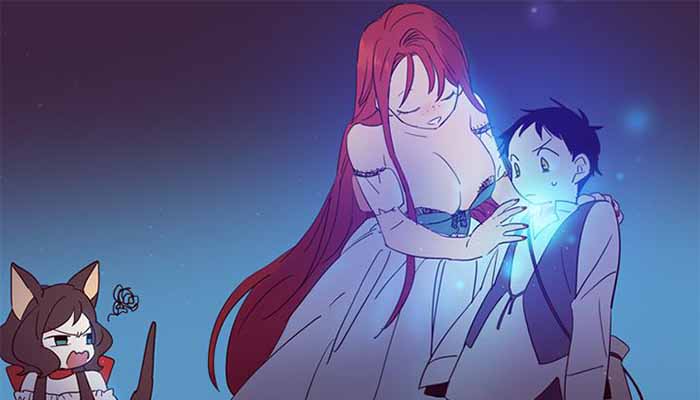 Well, it’s not really mine! But I wish to have my own witch, I would be flying around with her, at least she will make some of my dreams come true! Dreams you know they stay dreams only if they are reasonable dreams then you can work to achieve them.

Anyways in this Manhwa, doesn’t matter if you are good or bad at something, or simply too beautiful you will be called a witch! Up against twists of fate and time, an outcast young boy and a mysterious witch will need more than just magic spells and incantations, most importantly they will need each other!

At first, the story seems like a typical Romance story, with the bullies, a beautiful female victim, also so many love interests! But suddenly it will get so strange like a mystery needs to be solved!

On the other hand, the art is colorful but polished, which makes it easy to read, but hard to understand the story, so if you are looking for a mystery Manhwa you can start with this one…

9. Dam of the Forest 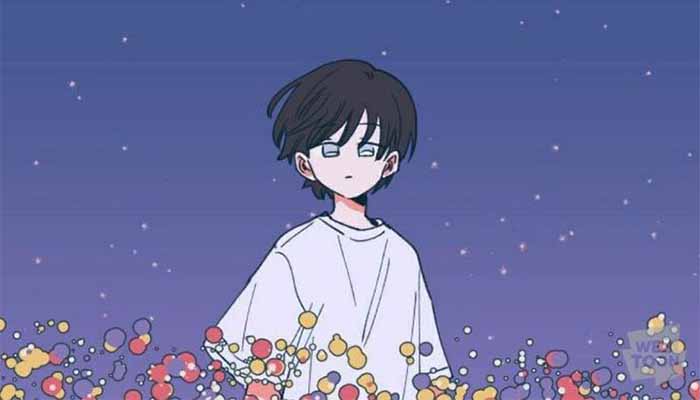 Dam is just a regular 14-year-old student, the teacher asked all the students to bring their own plants tomorrow so that they can grow in the classroom!

You know we all did such stuff at school, my plants always died the next day though! And just like any other student dam brought his plant the next day, the strange thing is that the dam plant is growing amazingly so fast! So the others keep asking him what is the secret!

In fact, he had no clue either, so the teacher puts him in charge of the plants, and after not a long time passed the classroom was like a forest, therefore now they think he was doing that for a purpose, which made him live under the impression of guilt!

He thought that such power he has must be put in the forest so he did, however, the art and drawings are super nice, and the story is kinda mysterious so if you are interested in a mystery Manhwa this one could serve well. 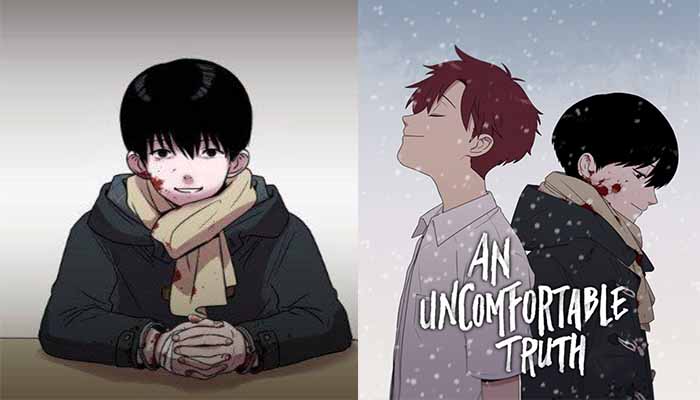 Yoseob is normally used to be very quiet and composed, now somehow he is in the police station convicted of stabbing 8 civilians with a knife, people are wondering whether he was the one who did it or not!

Because such crimes ain’t committed by a mere high schooler! He doesn’t have any real reason to do such a horrifying act! Moreover, if you wonder about this mystery Manhwa you have to read to discover all the answers! The story though was well written and despite how violent and dark it became, the characters are funny at times!

With a very consistent simple art that will make you like the style very much, so I would definitely recommend it for you if you are looking to read a mystery Manhwa and see some fun times between some high schoolers who might also be dealing with bad mental problems, and one that might even be psycho murder! So give it a try! guys… 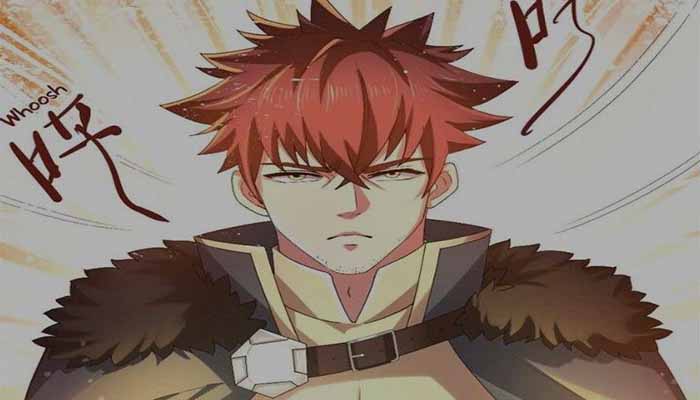 Soohyun, who was sent to an alternative game-like realm of the entire plane ten years ago by unknown angelic creatures, has finally achieved the pinnacle of the world, but at what cost? Using his Apex authority, Soohyun uses the power of code Zero to travel back 10 years and correct his tragic history!

As a result, you could enjoy the story’s idea, which is an overpowered main character who uses his knowledge and talent from his former life to get stronger, considering the Art is fairly amazing, and the characters are also well-developed.

This is definitely worth the time to read if you seeking a mystery Manhwa, you just need to give it some time and patience and you will be there captured with it with all your senses, that’s it guys have it if you want some tragedy… 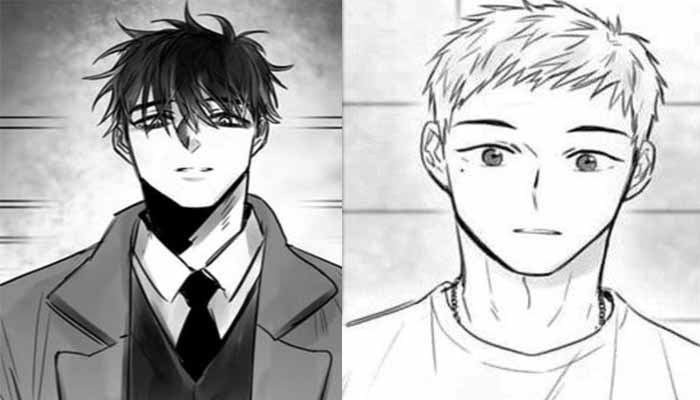 Craig and Dean are honestly one of the most beautiful couples you might have had the chance to read about, they’re extremely well created, dynamic and while they’re definitely flawed human beings, together these two just come so well!

This is a story of two people who have been struggling so much in the past finally find salvation through each other! With all that mystery served in this mystery manhwa, you will finally enjoy it and like it too much.

Eventually, you will say it’s beautiful! So here you go guys another piece of the mystery Manhwa you’re looking to find, give it a chance and see what comes out of it guys. 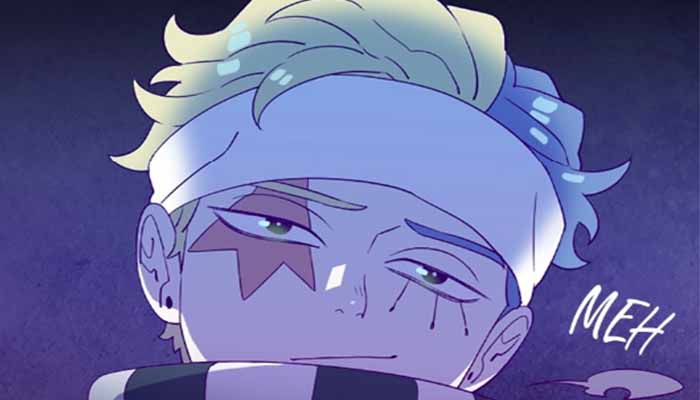 This mystery manhwa is like the opposite of the human world! Weird right? It’s about ghosts telling each other stories about humans, which is a very interesting concept, you can only say it’s a mystery manhwa since it was a reverse of how everyone believes ghosts are scary and follows the idea that humans are scary as well.

What’s good about it is none of the stories are repetitive and all of them are unique, highlighting a certain negative aspect of a person per story.

Moreover, the art remains consistent and fully colorful. The characters are usually the single most important thing, for me to enjoy a story. This had beautifully written characters Overall, I think it’s a good read if you have trouble finding a good mystery Manhwa to read… 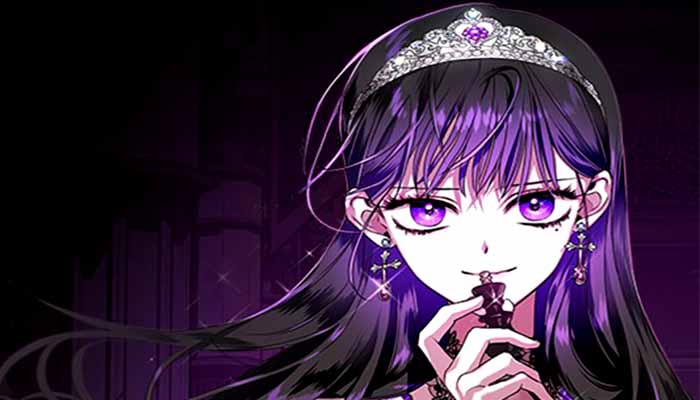 This is a pleasant piece of work guys, a mysterious and captivating story about two characters with opposite personalities and yet share a similar fate somehow! Anyways, tensions are brewing under the seemingly calm surface of the Vasiliose empire.

A kingdom ruled by the imperial family and the temple, This mystery manhwa seems so complicated at first and each chapter has your highest degrees of focusing, and it does the same thing to keep you captured and captivated.

So eventually you might say, I’m in love with your throne! Well, it’s kinda hard to describe this Manhwa because it is greater than anything we can say to describe it, therefore we are interested in the mystery of this Manhwa, and how we can understand it very clearly!

What I can say about this mystery manhwa is nothing much from what it says about itself, because it speaks so loudly when you read it, and to be fair you will fall in love with it so bad guys… A relaxing getaway in paradise, or a death trap! A young man wakes up on a breathtaking beach, but he has no idea who he is or how he got there. This seems so far so mysterious the MC has no clue nor do we!

Untangling this mind-bending mystery won’t be easy when every clue leads to more vast questions! What makes it more mysterious is when that family welcomed him to their home, honestly guys, this is one of the best Manhwas I’ve ever read.

Personally, I feel this is better than many other Manhwas out there that they took the prize for nothing, moreover, this is a great mystery Manhwa, Pigpen had an amazing plot and character development, overall this is one of the most amazing best mystery Manhwas to read, this is why I really recommend it for you, my friends…

2. The Reason Why Raeliana Ended up at the Duke’s Mansion 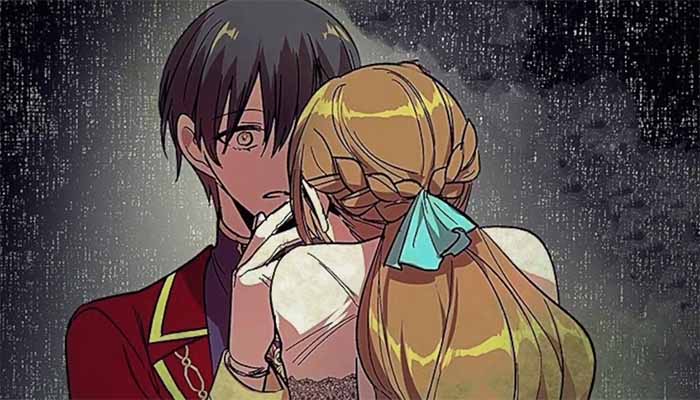 This Mystery manhwa is one of the better ones in this genre, but it’s not the best! The first few chapters of it were really exciting and did show us the characters, the tropes, and the plot, even though we didn’t quite understand it fully.

The story of this Mystery manhwa starts after a mysterious death, Park Eunha gets reincarnated as Raeliana McMillan, a minor character of a romance novel she read in the past. This character died soon by her own betrothed. In order to break up with her dangerous fiancé, she offers a surreptitious deal to the male protagonist of the novel, Noah Wynknight, but winds up romantically with other men that are not part of the plan. So she has to find a way to survive.

Overall the plot is engaging, the characters are charming and the artwork is beautiful, if you’re looking for a light-hearted romance and Mystery manhwa I’d definitely recommend this. 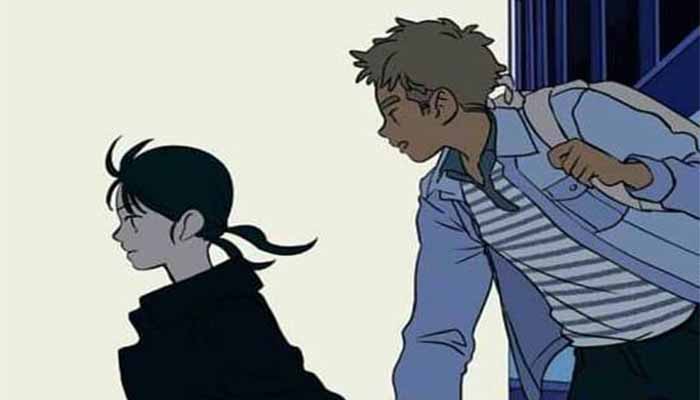 This mysterious Manhwa is pure joy, pretty short but also amazing, and an effective storyline, you will fall in love with every little detail of it.

However, There were sori a special young girl, kind, caring, and principled well, beyond her years, unfortunately, those characteristics ain’t the one which is calibrated in middle school.

Sori was bullied constantly because she always defended the defenseless people, which made her a target! So to escape, she transfers to a new school, and they’re the same old problems start to play out all over again!

That’s until a mysterious trail of letters leads her on a magical scavenger hunt through the hidden world right below the surface of her new middle school! Such a complicated Manhwa indeed, so if you need a mystery Manhwa to spent time with, here you have the best one now, go enjoy it…

If you did! you can also check our channel down below. And watch tones of videos where we recommend some of the best lists of manga, mystery manhwa,  anime, and more…

The Best 10 Survival Manhwa That You Have To Read