What’s up! Welcome to this article about the best dark fantasy manga, where we provide for you the best and new recommendations, we’re specializing in all the genres, it’s a win-win, so your support and reactions are most appreciated.

However, today we have for you the best top 10 dark fantasy manga, It is better to light one small candle than to curse the darkness. But in this list, I’m going to spread this darkness!

So, if you didn’t want to sink into the darkness, light up your candles, but if you’re one of the fans of darkness then you’re in the right place, enjoyment will be at your hands, you can only say hello to darkness my old friend! 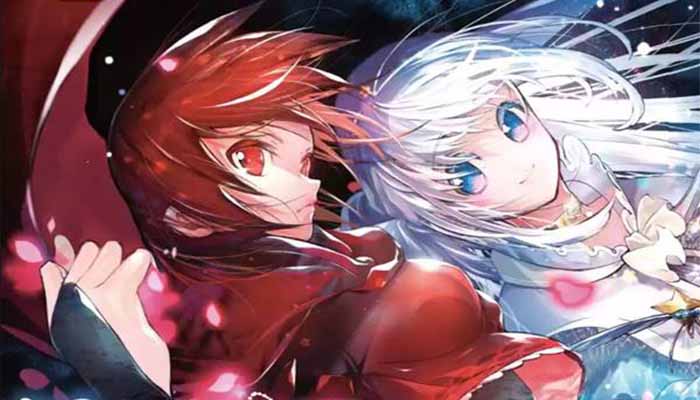 It’s like a system that the kingdom of Deltaird has, when a hero dies another will take his place, with the new hero inheriting a unique supernatural ability from God and superman strength, so there is Kyrie a normal village girl, who becomes this generation’s Hero, and she’s gifted the seemingly useless ability to boil water, wait I have to say this secret to you guys! I too have this ability to boil water.

The thing which made the whole court laughing and underestimating her, and the king himself didn’t just send her home but in fact, he ordered to slaughter all her village with her, just so that no other useless hero born there.

So, only when Kyrie’s loved ones are being killed in front of her, only then she learned how to use her ability as a weapon of murder and take her revenge, so have this dark fantasy manga, guys! for the sake of change…

9.  My Status as an Assassin Obviously Exceeds The Hero’s 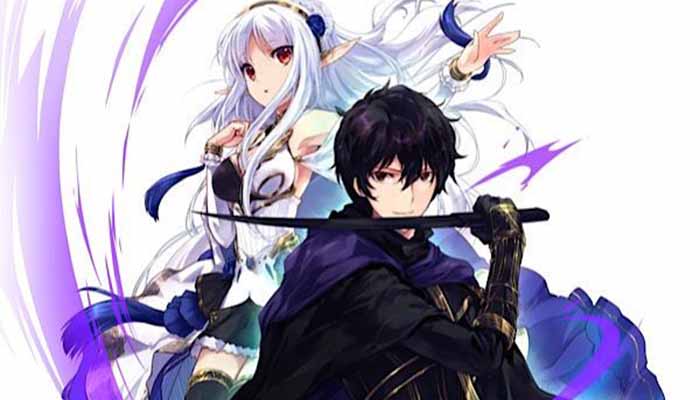 The art in this dark fantasy manga is generally easy, all the monsters are well-drawn, this is considering the art but the main character Akira, on the other hand, he’s not very interesting!

Well, anyways Akira is a high school student who has the special skill of not been noticed! Amongst all the skills and abilities are out there this is the only one I wouldn’t wish to have! Yet Akira has it, so along with his classmates, they are summoned to a fantasy world of sword and sorcery, where they are powerful heroes tasked with defending a dark lord by a king!

With that skill Akira has, he soon uncovered a plot by the kingdom’s royal family, for that he was cast to a labyrinth to die! I well this is the reward you get for having such stupid skill, anyways he swears vengeance on the king, so let’s see what he does! It’s all in this dark fantasy manga, guys! You just need to read it…

8. The Hero Who Seeks Revenge Shall Exterminate with Darkness 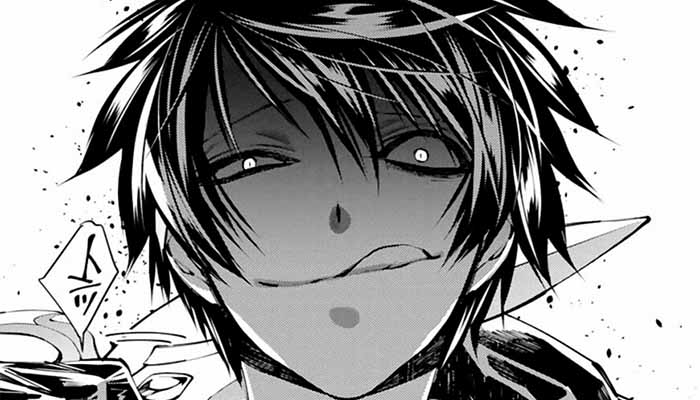 Nowadays we have some people who consider themselves above others, vile in their attitudes, and unjust to the normal folks, so one would think the story in this dark fantasy manga is focused on these dark truths!

But that’s not an exact fact in this manga whereas it’s more about torturing, sadism, backstabbing and cannibalism, a general lack of empathy, where it feels just like a caricature of dark Evil!

However, when Raul had defeated the demon king as the strongest hero, he should have become the savior of the world, having his treasured companions and family killed by powerful hungry aristocrats, he was executed with false charges brought against him by the princess, and just before his life collapsed, at last, his heart fell into darkness!

That’s what will make him swear to take his revenge from those who betrayed him, just after he gets revived obtaining the power of darkness, therefore, you will be enjoying this dark fantasy manga, guys, if you’re looking for such a genre… 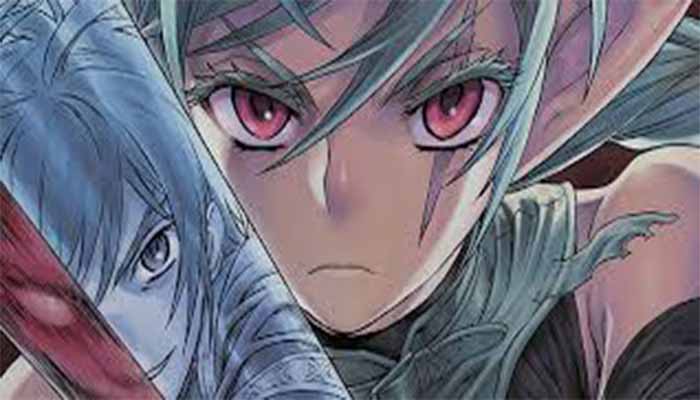 When Wischtech threatened to invade the fiefs of Szaalanden, the Emperor sent fourteen youths, Seven of these Heroes halted the invasion to herald a time of prosperity while the four Lances of Betrayal were supposedly defeated.

Two decades later, the Lances of Betrayal have reappeared and formed a bandit militia near the frontier fief Gormbark. A man with the black sword and a scar over his left eye, slay an entire troop of that militia. He is identified as a boy, Kóinzell, and becomes as much an object of fear as of hope even as his own past, motivations, and purpose are a mystery to those he meets in his travel.

This manga will keep you hooked. You want him to kill those heroes who betrayed him and ruined his reputation, you want him to meet everyone who he knew once again. Well, This is one of the best dark fantasy manga you can enjoy! The art is pleasant to look at.

And the Character designs are thought out and make named characters easily distinguishable. If you like the dark fantasy manga genre, then just grab it and go…

6. Roll Over and Die: I Will Fight for an Ordinary Life with My Love and Cursed Sword! 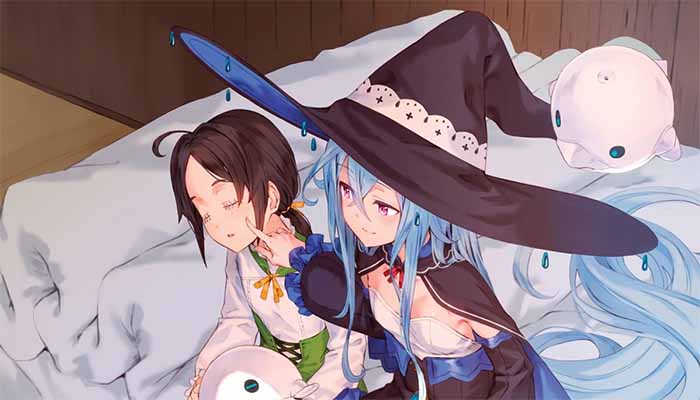 Flamme Apricot would’ve been content to live her entire life in her little village in peace! Unfortunately for her, a God prophesied she would be the one to defeat the demon king! And then Flamme with her terrible stats and useless abilities has known nothing but misery ever since!

Her life hits rock bottom when the Hero’s party end, fed up with dragging her dead weight along, decides to sell her into slavery to get rid of her! But at that point, something from the dark side finally awakens something in Flamme so rather than ending this could be still just the beginning of her story!

Moreover, this one is the type that you can call Unique just after finishing reading it, and you all know that it’s hard to find something unique nowadays! Therefore, just jump into reading it, guys! Because it will serve you some good dark fantasy manga…

5. The Death Mage Who Doesn’t Want a Fourth Time 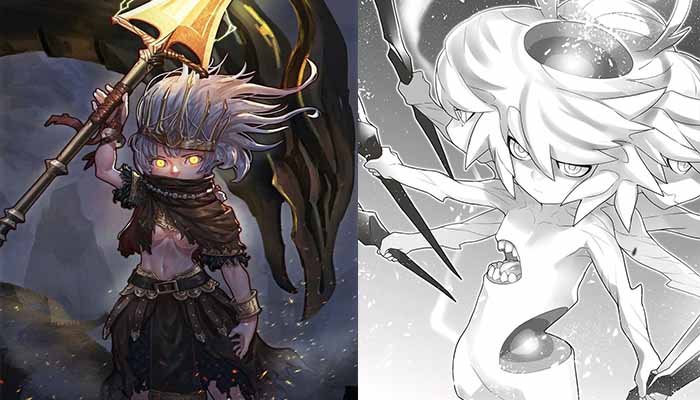 To start this off, I have to say that this story is dark fantasy manga is quite unique! it’s an Isekai one but at least changed the concept a bit! Even though the protagonist had gone through all that torture, he didn’t really go like the typical edgy MC way, and still befriended the other characters giving them a hand!

However it’s sad when you read this dark fantasy manga, sometimes you will think it talks about you! When you don’t find anyone to really understand and care about u, it’s a manga full of dark fantasy which will probably make you sad a lot!

Anyways the MC Hiroto is unlucky, his life consisted of misfortune after misfortune, he gets killed in an accident on a school boat trip, after trying to save a girl he barely knew, after his death, he meets a god of Reincarnation who sent him to another world, it’s like his misfortune will never end!

He will be starting in that new world with nothing but a tremendous amount of Mana, so if you want a dark fantasy manga that will make you feel sad here you have it… 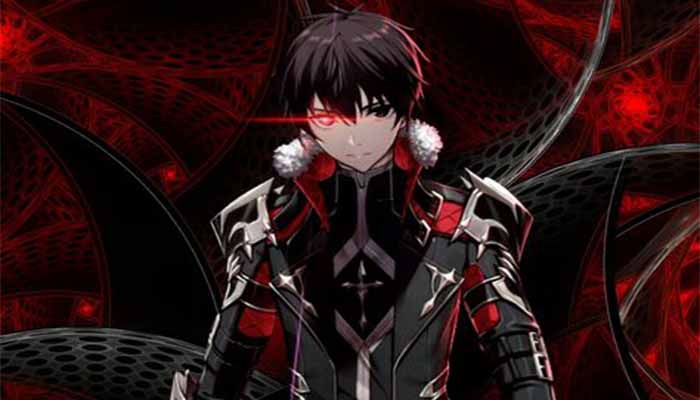 In this manga Fate, Barbatos has never tasted or tried real power before! He was born with the magical skill Gluttony, he constantly hungers in a way that can’t be satisfied, and has been shunned and looked down upon his entire life.

Once as he was working as a gatekeeper for a noble family and also fighting trespassing thieves, there he discovers Gluttony’s true power, whenever he kills someone he devours their skills and feeds his gnawing hunger at last! Now he knows his true powers and potential, so you will just keep counting how many lives he will be feeding his hunger!

However, the backgrounds are a bit too empty, the hands and feet feel off, and the movements look a bit stiff, but the art is overall of good quality with a very cool fight, so it’s a great dark fantasy manga to read may amigos… 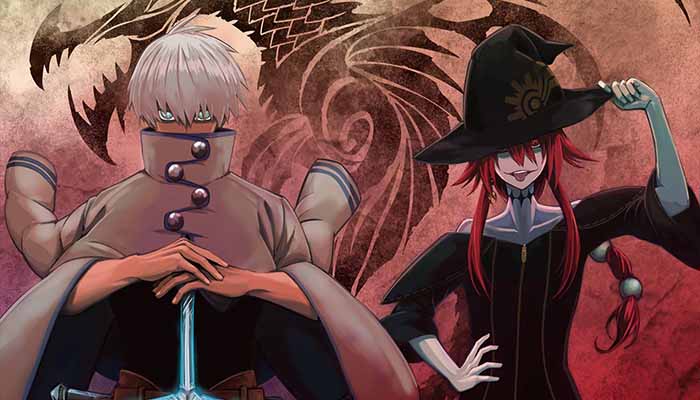 In this action-packed dark fantasy, humanity lives under the threat of annihilation by immensely powerful dragons, so the dragon hunter Ragna embarks on a revenge-fueled quest to eliminate that threat once and for all, dragon: warriors armed with special silver weapons who kill their prey for bounty.

The lowest among their ranks is Ragna, who forms an improbable partnership with the young genius Leonica, a master dragon slayer with more kills to her name than almost any other, so now Ragna wants to stay by her side, but unfortunately, his dream will collapse when the deadliest dragon attacks!

I will say just one thing, this is an absolutely amazing manga, amazing story, the battles are awesome something you see once in a while guys so do not skip this dark fantasy manga.

2. The Executed Sage Is Reincarnated as a Lich and Starts an All-Out War 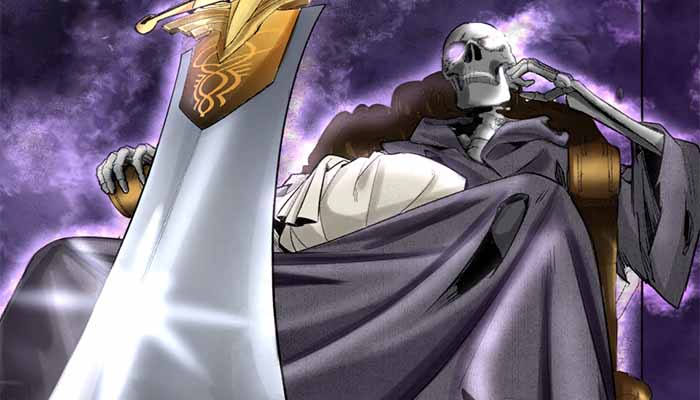 The story is about a sage who has saved the world alongside the hero but ended up getting betrayed by humanity! The way I see it humanity is just an empty symbol that people use to make themselves feel a bit comfortable!

Anyway, the sage then got revived as a skeleton or can be called a lich, upon his revival the sage now wants to get rid of the humans who have strayed into the wrong side by killing them, after he was dragged into the dark world, he had some great powers that even surpasses the demon king himself! And also leading countless Skeletons he’s going to start an all-out war!

Moreover, it’s a really fun manga I would really recommend it for you, if you are looking to find a dark fantasy manga, this one could be one of the best dark fantasy manga that you’ve had the chance to read guys…

1. Killing Me / Killing You 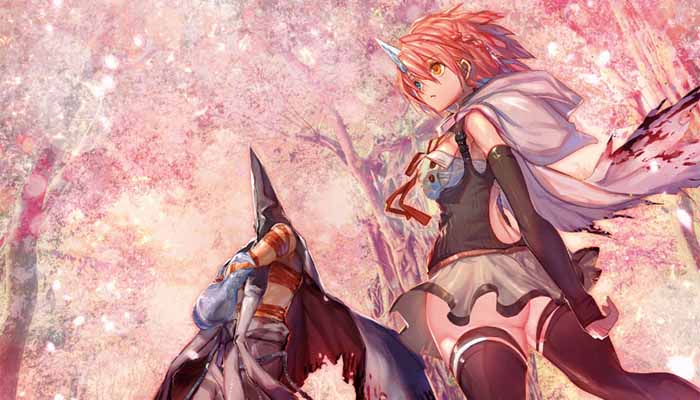 Ever since a meteorite fell, the world has become strange, two young immortals, one of them is Meteor and the other one is Youthanasia! They are traveling through this Crazy world in hopes of finding a way to die! So now I have to say this: what made them go for this goal? And why this weakness?

However, if I had to read a dark fantasy manga that will impress me I would choose this one as my first read, because it has a pretty good set, and very exciting to read as you imagine the apocalyptic version of the end of the world! Moreover, the characters are unique and unlike having something special like being op or stuff.

They have experiences in life that make them totally different and fun to read about, some are fed up with life and some grow too long for life! Some kill some die to protect the one they love! Overall, it’s just the best dark fantasy manga that you could read with exactly what you’re expecting it to represent to you.

If you did! you can also check our channel down below. And watch tones of videos where we recommend some of the best lists of manga, manhwa,  anime.