The Best 10 Survival Manhwa That You Have To Read

The Best 10 Survival Manhwa That You Can Read

It is not the strongest or the most intelligent who will survive, but those who can best manage change! Welcome to this new article, we will talk about the best 10 survival Manhwa that you should definitely be reading right now, those recommendations will teach you a thing or two about survival, and you indeed survive if you need something to read.
What will make us happier is when you give some feedback about what you read, and also say what do you think about this survival manhwa? And if you need anything to read you can always visit our site right here, and you will find more than just survival manhwa but also plenty of other suggestions and recommendations. 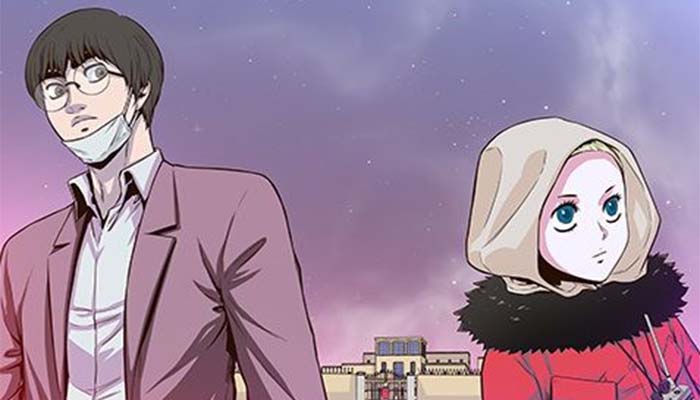 In a post-apocalyptic world, there was a group called the Nemesis, these groups infected the country with a contagion, the thing which transformed the population into flesh-eating zombies! The world has become like a sandwich for those zombies because they will be eating all the normal humans!
A human will be Just like a snack for the zombies, and you better be fat! Anyways, there was a mysterious man known as the undead king, he tries to fight back alongside a group of survivors and supernatural creatures called Gangshi!
Once a young high school boy found himself drawn into this fight and struggles to stay alive! While trying to save and protect a young girl Ganshi named Yoo Yoo, she was left alone with nobody taking care of her, so this boy is going to do his best so that they will survive together.
Overall, if you want a story about zombies and humans trying to survive! this is the survival Manhwa you need to read guys… 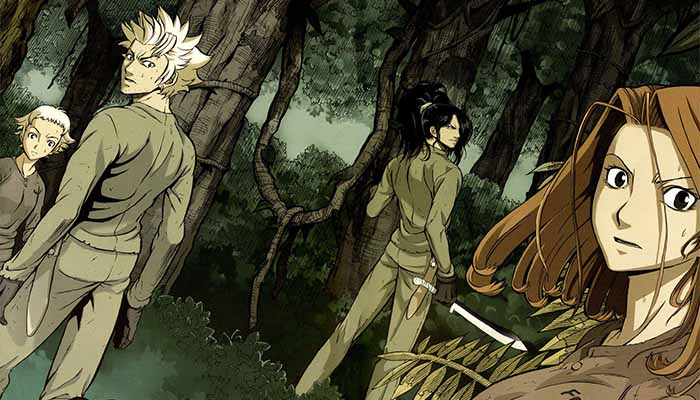 Imagine yourself lost in a mysterious forest full of monsters and unknown creatures! And you’re there just to do your job but instead, you will be lost and stuck in there, what will you do? You will try to survive of course.

And to do so you have to communicate with others like you and work together so that you survive this journey of mystery, moreover, the plot in this Manhwa is a bit twisted and unusual, you shall see what I’m talking about when you read these Manhwa guys!

On the other hand, the characters are very interesting, actually, this is what they should be considering it is a story about survival! The characters developed bonds with each other seeking the same goal which is survival.

Whereas the art style is very likable, well-drawn characters from humans to monsters you shall like them both, To sum up, it’s a very nice survival Manhwa if you are interested in this kind of Manhwas you have to read this one for sure. 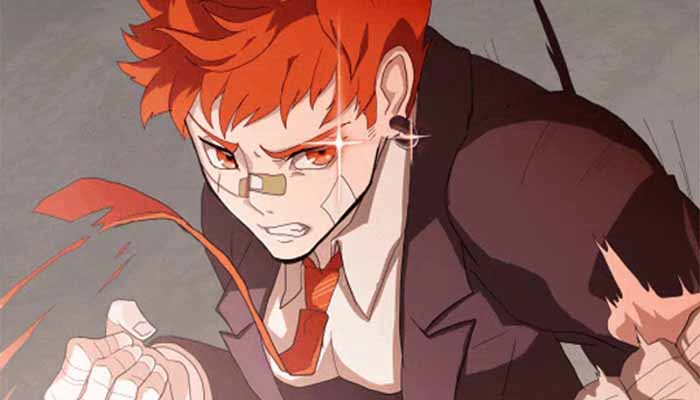 Well, what I can tell you about this Manhwa is what follows: there’s a dozen of people on a deserted island trying to kill each other! This seems like a game to me!
They keep trying to kill each other most of the time, and whenever one of them is about to die the bracelets he has revives him again unless they’re healed before they die completely!
But if they were completely dead the bracelets will do no good for them, so when they get revived they start all over again! The story seems as if it promotes a game or something, it is yeah about survival but it’s more mysterious than that!
Additionally, the art is weird and cartoonish even for a typical Manhwa! And the jarring chibi scenes do not help much either! Overall, this Survival Manhwa might be just to promote a game, that’s why they didn’t care too much about the details, but if you’re looking for a good high-stakes game Manhwa about survival, I suggest you read this one. 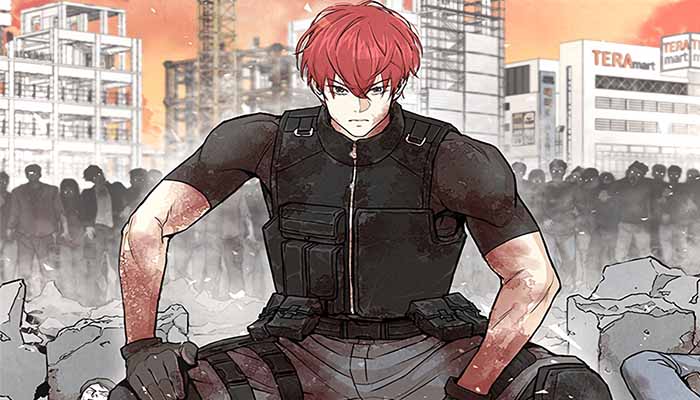 The world has returned to six months ago! That could be a chance to make changes! Or it could be just a repetition of despair of the catastrophe when the zombie virus hit the earth! And three years passed trying to survive a devastating and desperate life through dozens of death crises on that ruined planet!
This is the story of the MC who was hit by a zombie horde, so eventually, he couldn’t stand that situation anymore! Once he opened his eyes and found himself back in the past just six months before the zombie virus came into the world!
So now he knows that in the next six months this Peaceful world will perish! You would really like the storyline, although it’s a very standard story, the zombies add a special spark of action to it, whereas the characters are somehow very realistic, it’s overall just a good read and worth your time if you’re seeking a survival Manhwa. 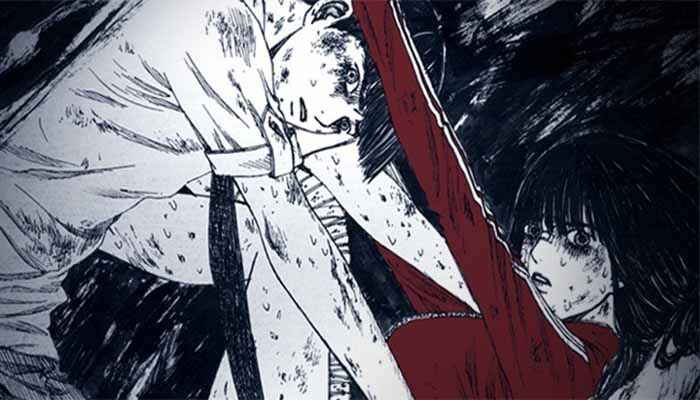 There was a boy waking up in a strange place, all he remembers was nodding off in class, but now he is facing widespread death and destruction in the city of Seoul!
The landscape is destroyed, buddies are lying in the streets, flesh-eating bugs lurk in the shadows, and a perpetual night blankets the area in darkness. After finding another survivor, he and the girl traversed the cityscape where they struggle to find some food!
And also trying to avoid all variety of monsters that seek to swallow them, at the same time hoping to discover the truth, and know what is the reason which caused this collapse of society! However, this survival Manhwa could make your eyes open to some new realms of horror genres!
And it could be the door you go through to find out a new sort of environment! Therefore you just need to read this survival Manhwa… 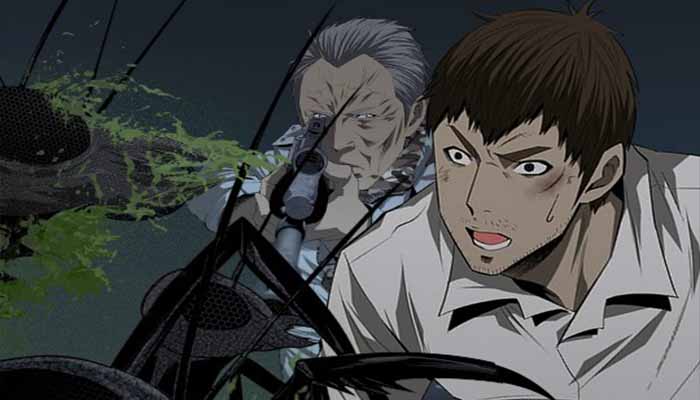 This Manhwa is almost similar to the previous one! The story taking place in the city of Seoul, once Eun-Sung Lee went to work just like a normal human, kissing his wife and child saying goodbye, before going to do the usual routine dealing with the daily office grind!
But no one expected that Seoul would collapse that day! As it was been invaded by a swarm of giant, man-eating insects that kill or infect everyone in their path, turning most of the survivors into mindless killing machines, what’s worse than that anarchy now rules the streets and humans are now as dangerous as the insect threat!
Along with his co-worker Ji Eun Seong and a battle-hardened old man, they will go through the desperate landscape in an attempt to find his family! And keep them alive against all the enemies at every angle! Overall, this survival Manhwa is such a unique read to have guys, try to enjoy it… 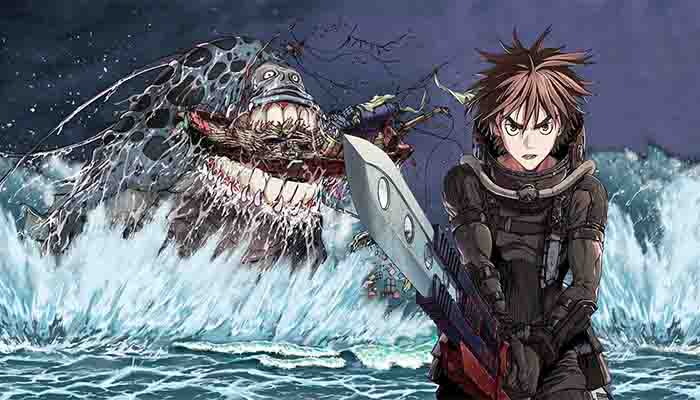 Over a century ago a comet struck the earth, causing the sea level to rise and engulf the continents one by one, what’s left of mankind now lives aboard ships that float the endless ocean, and beneath the surface, giant lived!
Bloodthirsty giant sea creatures lurk waiting to devour the flesh of divers that breach the surface, anyone who goes down will hunt them down! However, Bota and Lita are two young siblings that live abroad on a scavenger vessel with their father, who tells the pair about legendary Harpoonists who protected humanity from the monsters!
And when tragedy strikes one such Harpoonist Kana takes them under her wing, but nothing can prepare Bota and Lita for the horrors that are to come! Overall, I can say that you will enjoy this Manhwa, guys! it will pretty much give you some attack on titans vibes, so just have it if you want a survival Manhwa, and enjoy it… 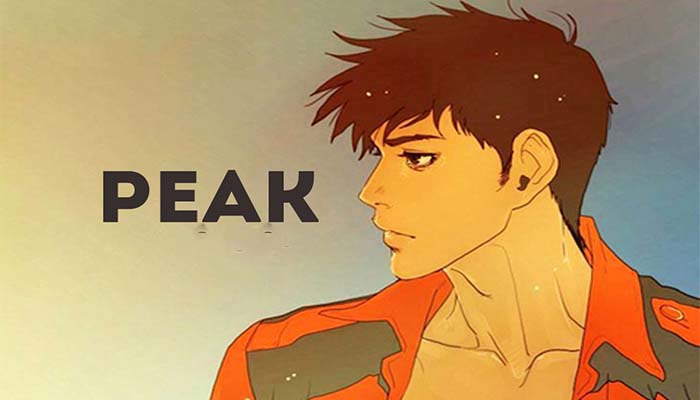 Yun with his crew faces a life-threatening journey as they are assigned to the mountain police rescue unit at mount Bukhan for their mandatory military service, relying only on their bravery, their lives are now in Jeopardy.
So let’s see if they can beat mother nature in a battle to survive! The way I see it mother nature is unbeatable, and no one can defeat it, you can’t survive if you defeat mother nature! Survival comes with using mother nature and working by the racecourse that mother nature provides!
However, the art in this survival Manhwa seems quite good therefore your eyes won’t get tired looking at it!
And the story is by far interesting, so just for those who like nature and those who want to read a Manhwa about survival, you can definitely enjoy this survival Manhwa, and you better read it while you’re outside in mother nature… 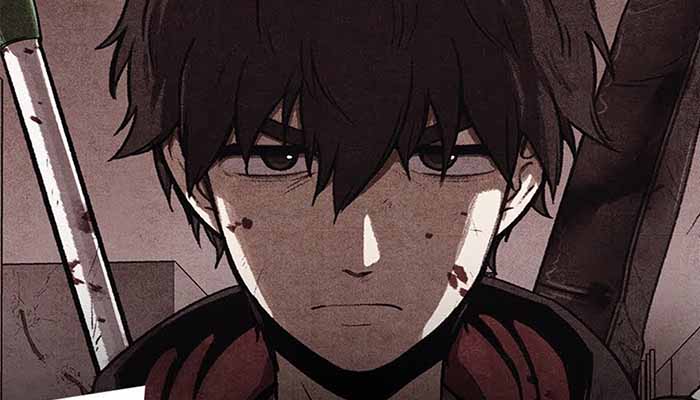 The story in this survival Manhwa is about an 18 years old boy Cha Hyun, he lost his parents when they died in a tragic car accident, but he did care much about that! It seems he has a cold heart!
Anyways he went on to continue his life with a budget of 2000 dollars! But after experiencing the hardship of life he knew that the amount of money he has wouldn’t help him to survive more than two months maximum! So he decided to set a date for committing suicide!
Such a loser indeed! But before he could reach that day, a sudden monster apocalypse took place! And now he became isolated from the world once again trying to survive on his own!
However, the characters are so real in this survival Manhwa, and the art is out of this world! It’s just magnificent, overall, you really need to read this Survival Manhwa, guys!  you cannot skip it at any cost… 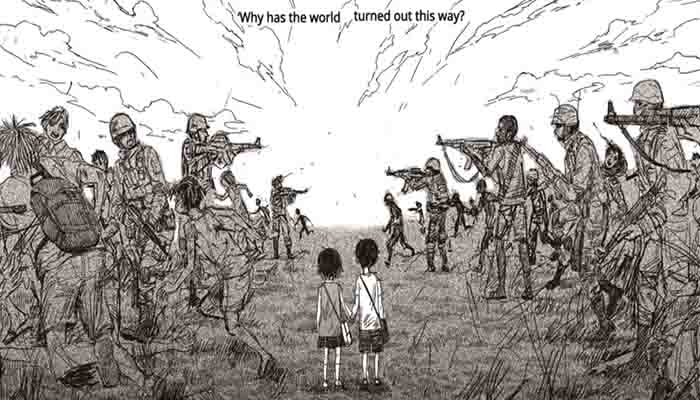 This is one of the most heartbreaking, beautiful, amazing Manhwa you’ll ever read! The art is just incredibly gorgeous, almost every page is a piece of art, you will somehow see human nature in all its ugly and good features.
Moreover, the story is about two kids who meet during a war and try to survive together in this miserable world, they didn’t really know what to do! So they walked on that road which they shall experience, many bad and good things, frightening and encouraging!
Therefore, you must be prepared for a lot of emotions and heart-racing braking Manhwa, this survival Manhwa, guys! will rock your souls, it might be just the reason for you to appreciate the situation you are in at the moment, just imagining kids in the middle of a war is terrifying!
Overall, this is the best survival Manhwa we have for today, I hope you will enjoy it that much because it really deserves your time.

If you did! you can also check our channel down below. And watch tons of videos where we recommend some of the best lists of manga, survival manhwa,  anime, and more…

The Best 10 Sport Manhwa That You Should Absolutely Read