Top 10 Cities In Anime That Will Take Your Breath Away

So many cities in anime are based on real-life locations in Japan like Tokyo, New York, and the most beloved city for otaku enthusiasts, Akihabara. On the other hand, in other cases, anime and manga writers have imagined magnificent and elaborately detailed fictional cities in anime series that appear to be exciting for anime fans to live in real life.

What’s more, we’ve all experienced how difficult it is to resist the excitement of a city; there are always some places new to detour around, whether it’s a favorite new restaurant, a grungy bar suited for haunting, hidden jewels, or large retail centers. It’s even more difficult to resist the allure of our favorite anime city.

Moreover, an anime city can be so bright, bustling place where anyone would love to reside. Another anime city can be filled with enchantment and mystery, you can even find a wonderful anime city to hide when mayhem reigns. Cities, while not as crucial as a show’s ensemble, provide a feeling of place, and the best of them become as important to the tale as our favorite characters.

Here are the top ten breathtaking anime cities, ranging from mysterious cities and fictional cities to locations and town sites inspired by real cities around the world.

So get in into reading this article already, and dive into some of the most beautiful cities in the Japanese anime series. 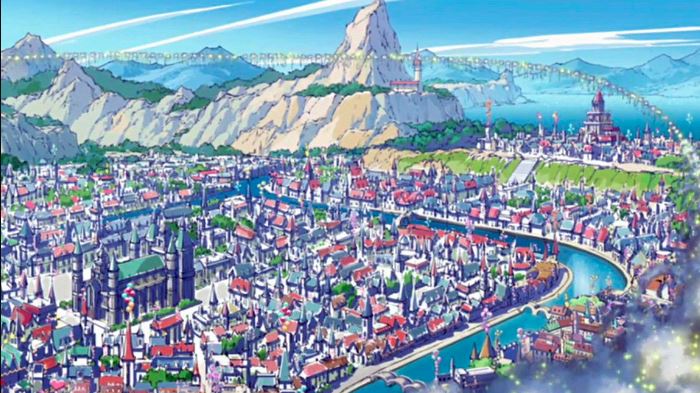 Magnolia Town is located in Fiore, one of Earth Land’s countries in Fairy Tail, and has a population of about 60,000 people. It’s attractive, clean, and has been an Enchantment trade hub since prehistoric times.

It’s the ideal little city, with a sprawling built-up area that spreads all the way to Sciliora’s coastlines across a big, rectangular surface. Its architecture is evocative of that of medieval Western Europe.

The Gildarts Shift is a technology that permits the bulk of the structures in the town to shift sideways before rising onto a platform. The relocation provides a more direct and wide route to Fairy Tail HQ. This and more makes it definitely one of the best cities in anime. 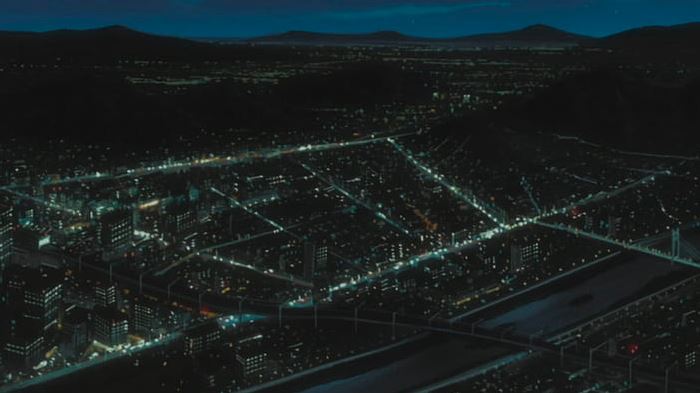 Next in cities in anime is Karakura Town. It is a town located in Western Tokyo in the Human World. However, it also has the biggest concentration of spiritual energy.

City of Karakura It’s a little town with a typical population, most of whom are unaware of ghosts and magical powers. However, the Shinigami refer to it as District 3600, and it is full of hidden spots such as the Urahara Shop, where all of the staff know how to use magic, or the grocery store next door with the subterranean training chamber. It’s a busy spot for the spiritually conscious, as well as an excellent place to hide from the rest of the world. If you’ve watched the Bleach series, you know that it’s one of the cities in anime that u just wish it was real. 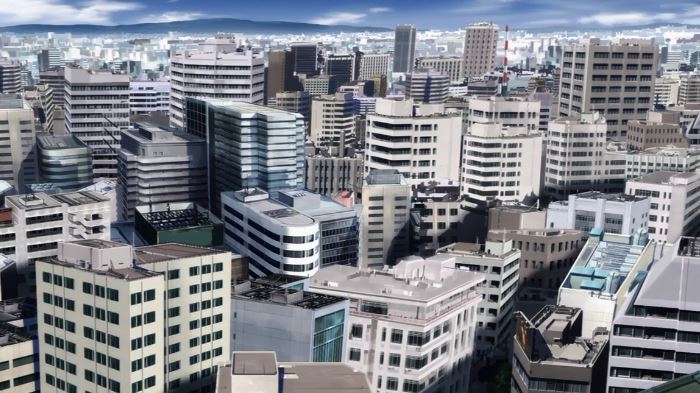 one of the well-known cities in anime is Planet’s Z-Metropolis (Zeddo Shi). It consists of a business district, a suburban district, a desert zone for everyone who can live a regular existence, and the Ghost Town, a ruined area.

Z-City isn’t some opulent city of wealth and opportunity. However, not everything is as it seems. Ghost Town is an abandoned and run-down environment that is also home to Mysterious Beings (including Saitama) and is completely free to inhabit.

There have been monster sightings, but the city also has at least four heroes. There is always Shelter Nr. 7 to run to in the case of an assault by a Mysterious Being. 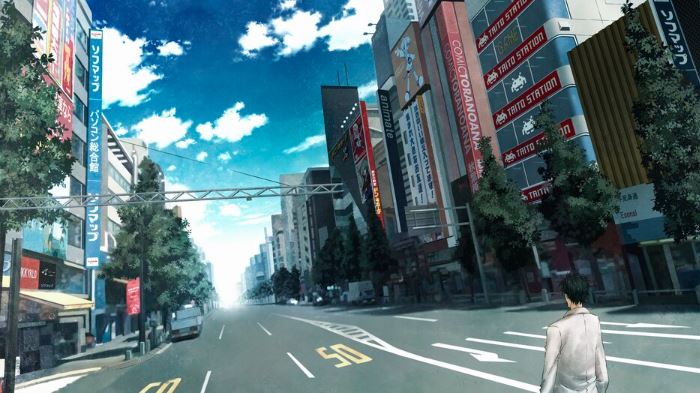 Without including Steins; Gate’s brilliantly produced animated version of Akihabara, no list of wonderful cities in anime would be complete. While the intriguing plot revolves around mystery deaths and time travel, as well as the tangled paradoxes that arise, it is the setting that actually brings the story to life in this case.

Akihabara is one of the cities in anime that is a modern-day mecca for aficionados of all things otaku, including anime merchandise, video games, old and new gadgets, oddly themed eateries, and more, and it has to be seen to be believed. Seeing it in Steins; Gate is the next best thing for those who can’t make it there. Its representation in the series is meticulously developed, and it is drawn so beautifully that you could definitely replace it with a real one. 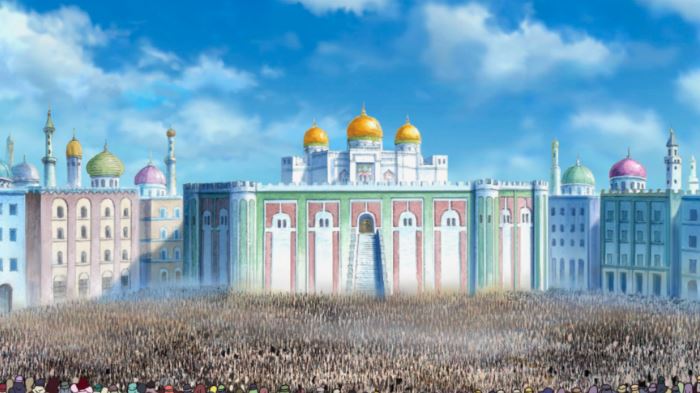 Alubarna is the capital of the Alabasta Empire and by far one of the best cities in anime, and its magnificence is enhanced by the arid deserts that surround it, as well as its location on a massive rock.

In One Piece, Alubarna makes a mark as the capital city of the Alabasta Empire. The majority of the structures are composed of stark white stone in a style evocative of the Middle East.

It’s an affluent city centered on the opulent palace, a tropical metropolis with palm palms lining the streets. It appears to be the ideal destination to chill out and enjoy a nice life, and its rich cultural past can keep the Straw Hat Pirates from causing too many problems.

5. Ecbatana From The Heroic Legend of Arslan 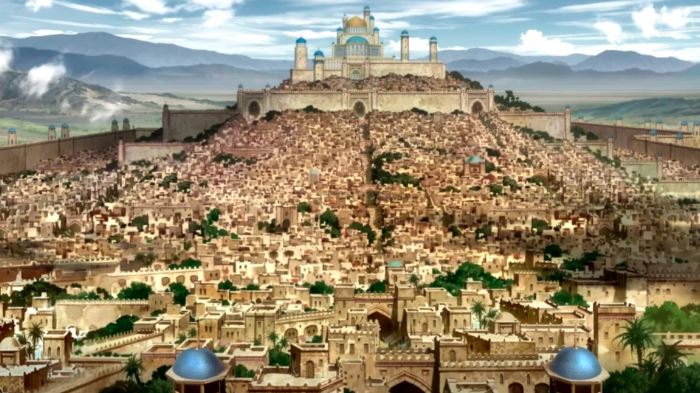 Ecbatana is the capital of the Kingdom of Pars and the fifth one of the best cities in anime, an affluent kingdom controlled by Andragora, a military genius who has earned the reputation of being indestructible.

Ecbatana, in The Heroic Legend of Arslan, is behind spectacular defensive walls with architecture that appears to cross the finest of Renaissance Middle Eastern and European influences. With a circular dome, the palace hovers above the royal city of Pars in sparkling white.

In the anime, the cobblestone streets appear to be bustling with business and, of course, warfare. Ecbatana was inevitably targeted as the royal city, but if the Lusitanian invasion and pillage could be avoided, it would be a fantastic location to live in and well deserved its spot as one of the best cities in anime.

4. Sidonia From Knights of Sidonia 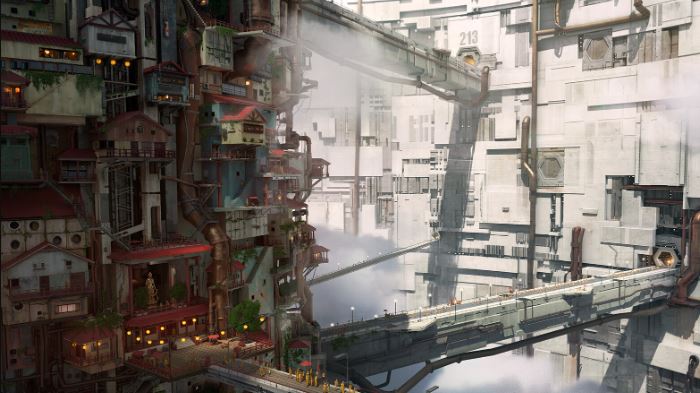 One of the amazing cities in anime that comes next is Sidonia. A massive spacecraft in The Knights of Sidonia, one of several created after Earth was destroyed by the Gauna, a species of shapeshifting aliens. It has become a city and a shelter for the human species as the final known ship. It’s a self-sustaining colony built mostly of asteroids.

Citizens have been genetically modified to survive by photosynthesis and those who die become ship fuel. Its culture is modeled after Japan’s, and it has made several scientific advancements. 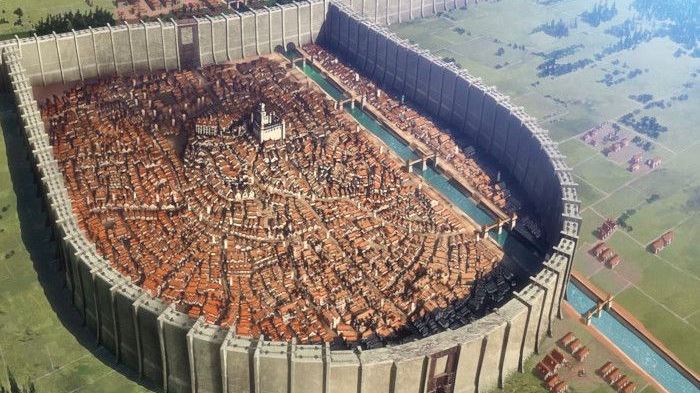 you can’t be a fan of anime and miss an anime like Attack On Titans, let alone one of the best cities in anime Wall Rose. The settlement behind Wall Rose has a decidedly European feel to it, with quaint stone buildings with towering spires hidden behind an enormous wall that houses humanity’s best hope for combating the titans, the brave members of the military who bound from rooftop to rooftop using vertical maneuvering equipment and edged weapons to down the towering abominations that attack them all too frequently. To wage war against the titans, you must have a strong home base, and the Trost District is one of the cities in anime that is worth fighting for. 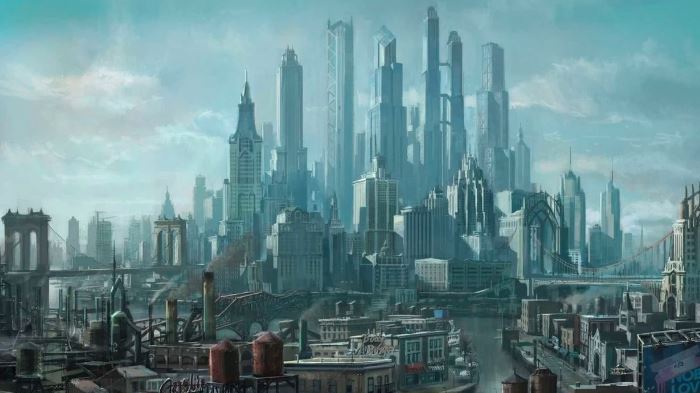 Metropolis is a 2001 anime film set in a futuristic ideal city where people and robots cohabit. The metropolis is created in three strata, with massive structures and cutting-edge technology, hence, one of the best cities in anime to see.

To live there peacefully now, something must be done about the robots and power struggles that are tearing the city apart. However, the city has immense potential and a variety of technologies that may make life easier. 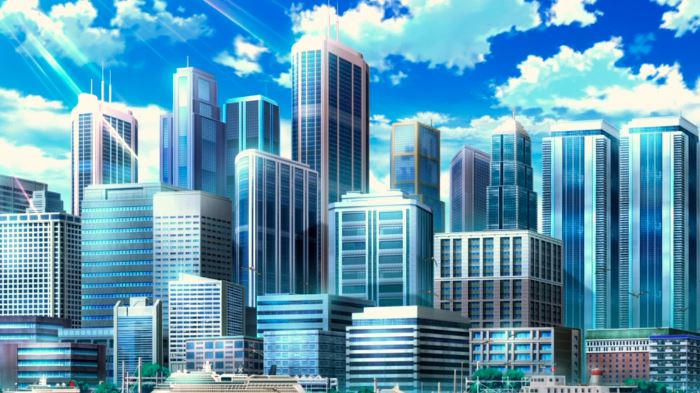 The Pokemon series contains a myriad of places large and small on Ash and friends’ quest to become the finest trainers in the world, but none stands out more than Celadon City it’s just by far the best place among cities in anime. Even if you don’t wish to be a Pokémon trainer, Celadon City has a lot to offer. In the Kanto region, hopefuls can train with Erika in the city’s gym, which focuses on grass-type Pokémon. Anyone else may spend their money and visit game centers, high-end hotels, casinos, and shopping malls.

It is one of the most beautiful cities in anime with breathtaking parks and open areas. The only negative may be the really strong perfume created by the gym—better to pretend to enjoy it.

We hope you enjoyed this list of the best cities in anime.  If you did! you can also check our channel down below. And watch tons of videos where we recommend some of the best lists of manga, manhwa, and anime.