The Best Modern Knowledge anime you need to watch

Today we bring to you another unique anime list like usual. So, if you are a fan of Modern Knowledge Anime then you are in the right place.

Characters in this genre (Modern Knowledge Anime) have been reincarnated or transmigrated into another world, where they use their Past Memories for a specific advantage, such as a trade or occupation, or for an important objective.

For example, they may be a brilliant strategist reincarnated into a world at war, or have modern medical knowledge in a medieval world and become a doctor there.

So, without any further detail let’s countdown our list of Modern Knowledge Anime.

7. The Master of Ragnarok & Blesser of Einherjar 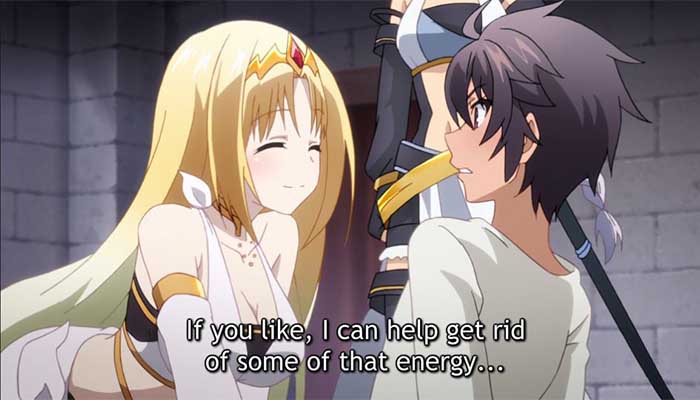 Yuuto Suoh is a fourteen-year-old high school student who gets transported into a fantasy world, where various clans fight for supremacy and survival of the fittest rules supreme, Yuuto managed to use his modern knowledge as a weapon, and at the age of sixteen managed to become a Patriarch with a force of thousands.

Welcome to an exhilarating battle fantasy chronicle about a young man who became a king in a parallel world and the beautiful battle maidens who swear absolute fealty to him!

The anime was great overall and super underrated. If you like modern knowledge anime with romance and harem? This series is for you?

6. High School Prodigies Have It Easy Even in Another World! 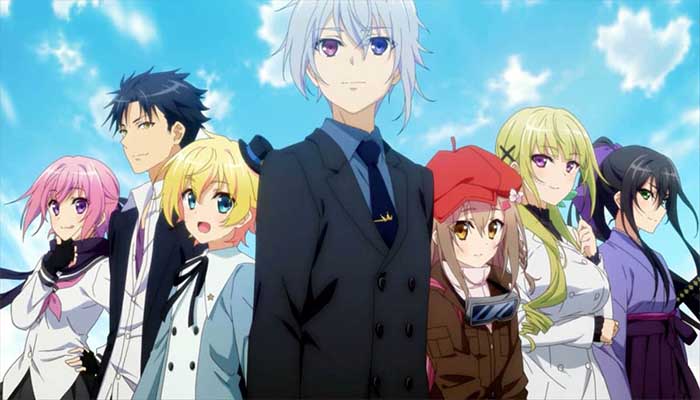 The story, about seven high school students who are involved in an airplane crash. When they woke up, they found themselves in a parallel world where magic and beast-men exist.

Believing that there is a connection between the legend and their current situation, Tsukasa, who is also the leader of the group, orders the others to learn about this new world and also to search for clues that could bring them back to Earth.

However, the group’s ideas become a threat to the ruling Freyjagard Empire, which promotes atheism and the Darwinist social belief that only the strong nobility will rule and that weak commoners should obey the nobles or be punished. The conflict with the Empire soon leads the Seven Wonders to create a new nation with equal rights and democracy for the people.

For those who looking for modern knowledge anime with a good story and intriguing strategic battles! This anime series is recommended for you. 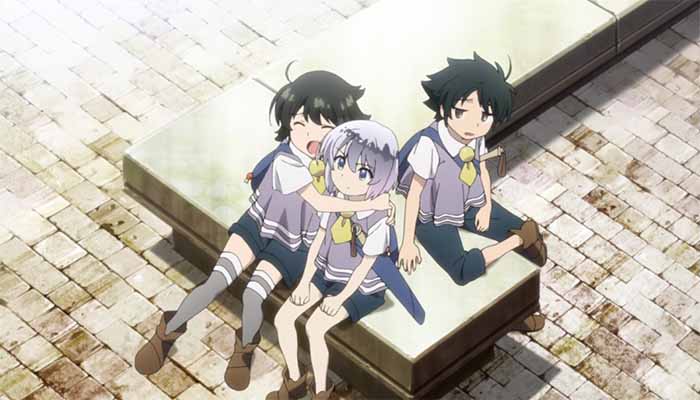 Following a traffic accident in which he dies, Tsubasa Kurata, an otaku genius computer scientist with a passion for mecha and robots, sees his soul reincarnated in a different world where there are giant robots, called “Silhouetted Knights”, who are the main fighting force in this world.

Now reborn as Ernesti Echevalier, he uses his vast knowledge of machines and programming talents to begin to make his ultimate robot.

Overall I would recommend this anime to everyone like mecha and modern knowledge anime. But if you don’t like mecha anime don’t expect too much from it.

4. How a Realist Hero Rebuilt the Kingdom 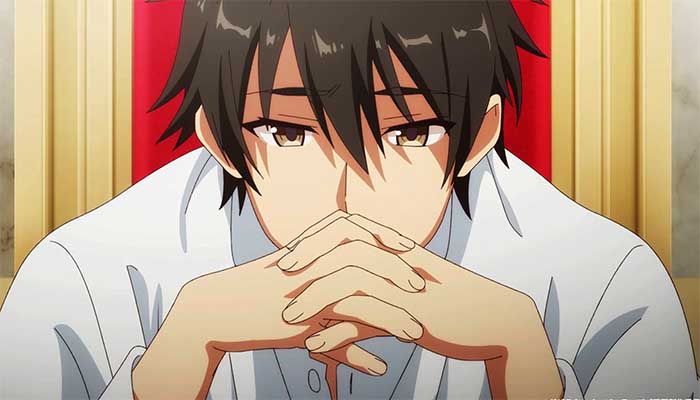 The story of this series is about the young man Soumia Kazuya. An ordinary student who studies sociology and economics (with some notion of history). Suddenly he is summoned to a fantasy world and betrothed to the princess, Kazuya Souma has crowned the new king after providing the royal family with impressive advice.

To rule the kingdom, he’s taking the nontraditional (and very human) route of administrative reform.

In general, the plot is unique, and the art style seems nice really. So, if you are a fan of isekai, harem, and modern knowledge anime! This show is a good watch all around, so get to watching now! 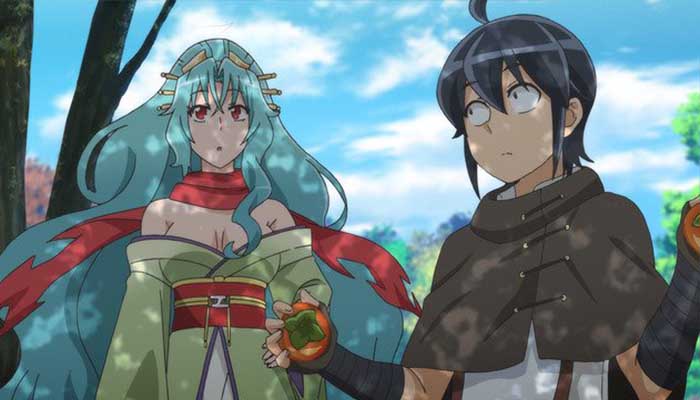 This anime is about Mokoto Misumi, an ordinary high school student who finds himself in an alternate world after being summoned by the god Tsukuyomi in order to become a hero.

However, a certain goddess does not seem to want Mokoto as a hero in her world and decides to propel him into the confines of it with only the ability to understand the languages ​​of non-human beings.

All in all the story is still pretty fun in its own right, and the art style is great too. So, if you’re looking for modern knowledge anime, then this might be for you!

2. Ascendance of a Bookworm 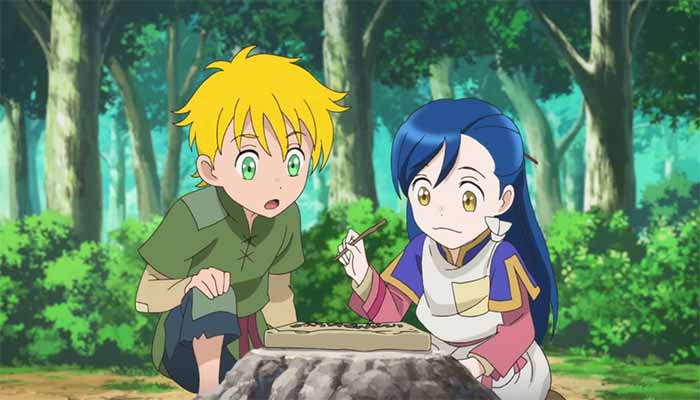 The story is about a girl who loves books but is sent to a medieval world upon dying. Before giving her last breath, she wishes to reincarnate in a world where she can read books forever. But fate has other surprises in store for her! Because books belonged only to the nobles in her new world. Over time, the main girl uses her modern knowledge in the new world.

In general, if you’re a fan of modern knowledge anime, this may be something unorthodox that you’re not used to. This show might just surprise you.

1. That Time I Got Reincarnated as a Slime 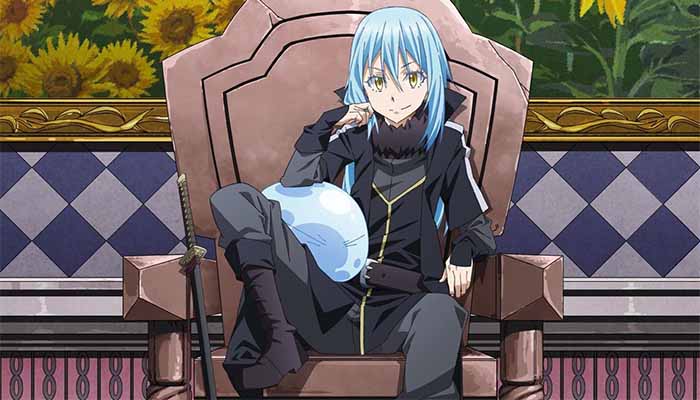 the series is about Mikami Satoru, a man who is 37 years old, single, an employee in a company. Stuck in a dead-end job, unhappy with his mundane life, but after dying, he gets reincarnated as a slime fantasy world… Now, liberated from the mundanities of his past life, Rimuru embarks on a fresh journey with a distinct goal in mind.

well, for those who looking for modern knowledge anime with an overpowered main character! This show is definitely recommended for you! Because the rest of the anime is just an overpowered slime beating every enemy with magic and with no real struggle.

We hope you did get some information about, Modern Knowledge Anime. And we wish you found what you were looking for here!

We wishing that you enjoyed this list of The Best Modern Knowledge Anime to watch!