There is a common question among all manga lovers. where I can read the manga? So, Today we bring to the best app to read manga online or offline.

Whether this is your first experience with Manga or you’ve been a fan for years, get ready, because on this list we’ll show you the best app to read manga that’ll make your life easy. From today you can read manga anywhere, and anytime just with your phone or tablet.

The apps on the list are randomly sorted. you can read about every app to choose the right one that suits you.

Without any further detail let us Know which App To Read Manga you’ll choose?

Manga Browser is a free app to read manga, on this app, you can read over 20000 manga without any limit. Also, the app is easy to use, simple layout, and is easy to find mangas. There are ads in this app but they keep them as out of the way as possible. That makes it really helpful for manga readers. 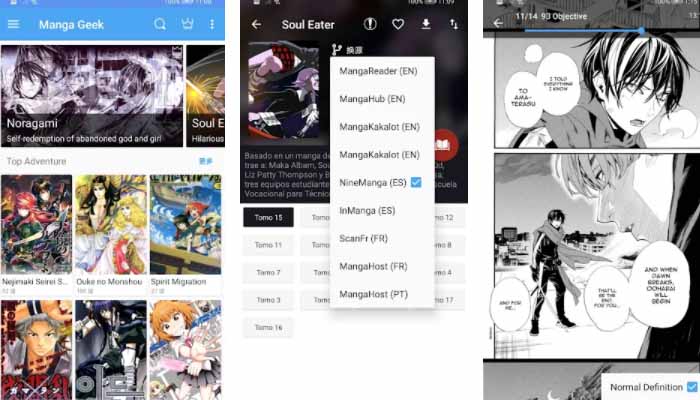 Manga Geek is a free app to read manga and comics online. This app gives you more than 40000 free manga and comics, in different languages such as English, Español, Français. Also, the ads aren’t very annoying, which is great! 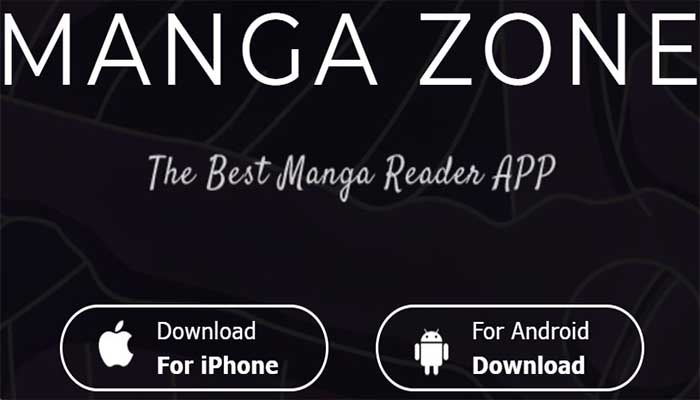 Manga Zone is an App to read manga, gives you Thousands of Popular Manga to read online or you can download whatever manga you want and read it on the app! with a Super-fast and smooth reading experience, and Minimal and non-intrusive ads even for the free version.

Manga Reader is  App for Android phone and tablet users. And is a free app to read manga online or offline, with a fast download. The ads are fine and the sound is automatically turned off. Lots of genres to read. All of that just to give a manga reader a better experience. 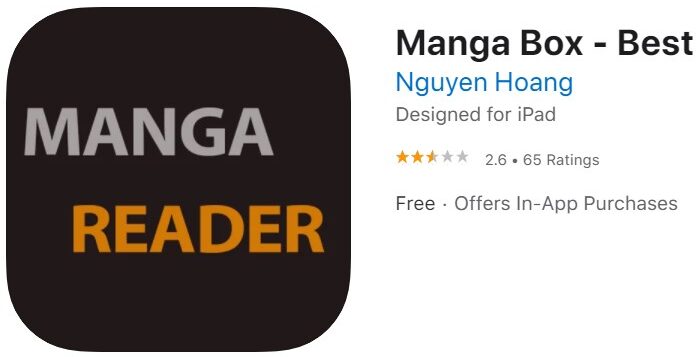 Manga Box is a free app to read manga online for iPad, iPhone users, with a smooth experience. And most important is the app gives manga recommendations based on what you read. Also, you can download manga back to your device to read later. 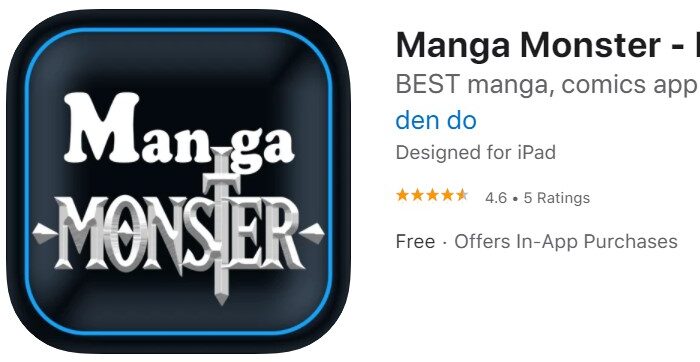 Manga Monster is a free app to read manga and comics online for iOS users. There are ads in the app but pay 1 time and remove them forever. Also, you can read with a dark mod if that makes you more comfortable. 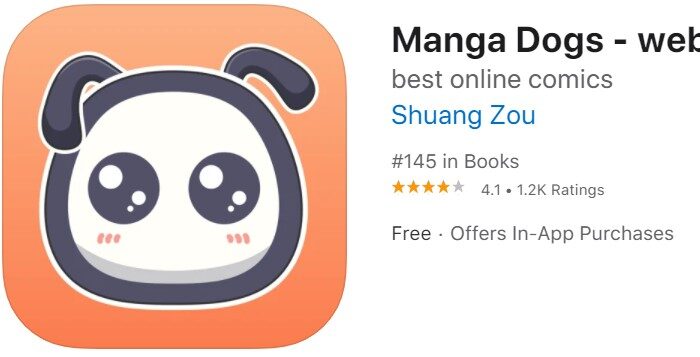 Manga Dogs is a free app to read manga on iPhone, iPad, and iTouch device! The whole experience is easy and fast! You can read and download thousands of manga in 6 languages. with 2 reading modes Horizontal, Vertical.

The app gives manga recommendations based on what you read. or you can see what others are reading and what is popular on Manga Online. 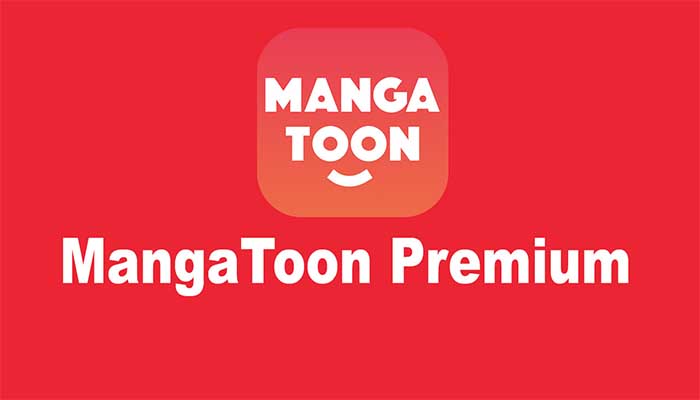 MangaToon is a free app to read manga, comics, manhua, and manhwa online. You can read comics in English, Bahasa Indonesia, Vietnamese, Spanish, Thai, and Portuguese now. MangaToon will support more languages for comic lovers in the near future. Also, you can download your favorite comics and read them in HD offline. What do you need more?

ComicRack is an app to read manga online, for Android or Windows users. The app is optimized for phones and tablets it allows you to read your eComics anywhere you want. Also, you will love the auto-scrolling, advanced zoom modes, and color adjustments on this app. 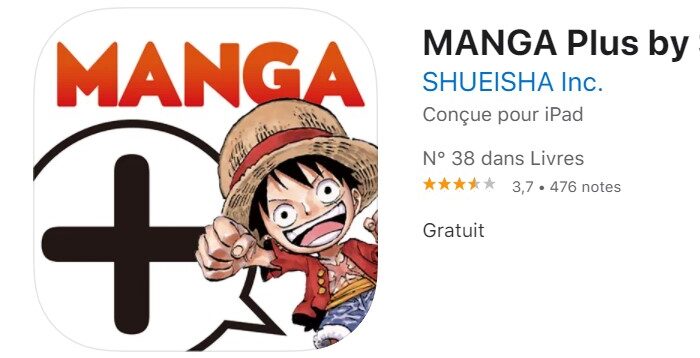 “MANGA Plus by SHUEISHA” is a free app to read manga online, for Android and iOS users. You’ll find the greatest manga in the world on this app such as Naruto, Dragon Ball, One Piece, Bleach, and more. Also, you can choose your content language from English, Spanish, Thai, Indonesian, Portuguese, etc.

Manga Plus App  Available Free on Android and iOS.

INKR Comics is an app to read manga, manhua, comic, and webtoon online. The app has a smart, powerful AI-powered content recommendation engine that learns from your reading to suggest titles just for you.

MANGAMO is an app to read manga online. Only $4.99/month (U.S.) and you have the first month for free. This application gives a lot of features as you can Choose between Horizontal or Vertical scrolling options, high quality, different methods for zooming, and no ads. That is what makes it a good app for you. 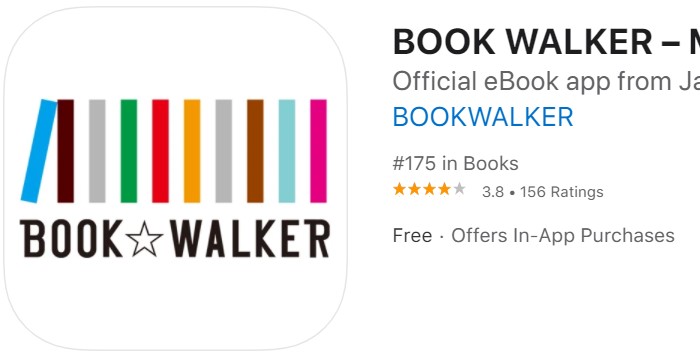 Book Walker is an app to read manga and light novels online, for iOS phone users. The new users in this app will get a 50% Coin Back on their first purchase. Also, you can Earn BOOK WALKER Coin every time you purchase eBooks during a promotion or based on your Membership Rank! Coins you earn can be used to purchase eBooks. And there are over 18,000 English light novels and manga being offered from publishers.

Crunchyroll is considered one of the leaders in streaming Anime and Asian content.

The Crunchyroll Manga app To read manga online. The app provides users with unlimited access to a variety of  Japanese manga! As soon as it hits newsstands in Japan, Crunchyroll Manga users can read the latest from hit titles like Attack on Titan, Fairy Tail, and Space Brothers…

Crunchyroll Manga App is Available on Android and iOS.

The Shonen Jump app to read manga and comics online is your source to read the world’s most popular manga and comics straight from Japan. The app provides you to read the latest chapters from the hit series FREE the same day they come out in Japan! Becoming a member unlocks the Shonen Jump digital vault of 10,000+ manga chapters! ONLY $1.99/month (USD*)! With a 7-day free trial!

Shonen Jump App is Available on Android and iOS.

VIZ Manga App is Available on Android and iOS.

You will find Manga in this app like Attack on Titan, Naruto, Fairy Tail, All You Need is Kill, One Piece, Dragon Ball, One-Punch Man, and more…

comiXology App is Available on Android and iOS.

We hope you did get some information about, the best app to read manga! And found what you were looking for! and wishing that you enjoyed this list of the top Best App To Read Manga.

If you did! you can also check our channel down below. And watch tons of videos where we recommend some of the best lists of manga, manhwa,  anime.

Most Loved Anime Girls That Will Take Your Heart

The 24 Best Manhwa With Villainess MC You Must Read