Howdy dear manhwa lovers all around the globe, If you’ve ever read a Korean mature romance manhwa, you know what it’s like to experience all different kinds of emotions in just a few chapters. No matter the genre, these Korean stories simply keep you glued to your screen.

Hence, you must be in the mood for some melodramas, with love stories that make you sob your eyes out, that’s why we put together a list of recommendations for mature Romance manhwa that typically feature relationships between Adults Couples or College students. Unlike high school romances, these stories typically feature more mature themes that adults experience in relationships. This list is diverse and full of fantasy, drama, plus of course shoujo and josei manhwa themes, with the exception of BL and GL stories.

Well if you’re looking for some Korean romance webtoons to remind yourself of lost love, Look no further than this list of the 10 Best mature romance manhwa, that reflects the rich diversity and quality of Korean romance comics.

10. This Villainess Wants a Divorce! 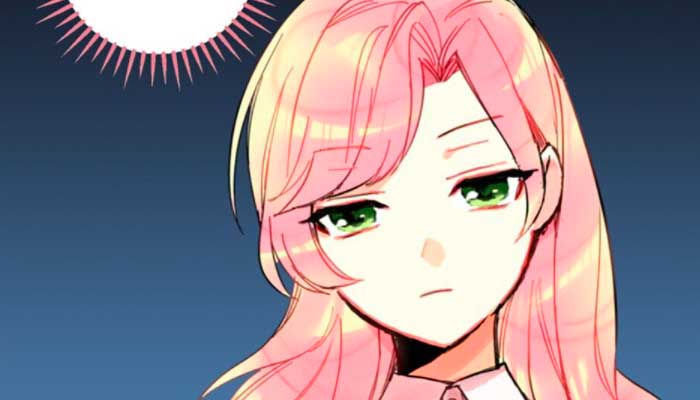 Impressed by his eldest son the Emperor declared Cesar as the Crown Prince. The Empress was ambitious and believed the successor to the empire must be her son Noah. As Cesar was in all ways inferior.

Unfortunately, for the Empress, Cesar took his training into his own hands and made his own connections, and thus when he went to war he not only survived but became a renowned war hero.

The Emperor passed and Cesar became Emperor, married the beautiful and talented Duchess Lancaster, and punished his step-mother.

In general, The story is interesting, but it’s like every other generic reincarnation romance with extra action and drama. The art may be nice but nothing is extraordinary.

Well for those who like some spicy drama and mature romance Manhwa with villainess mc you must read this Manhwa.

9. The Greatest Wolf of My Life 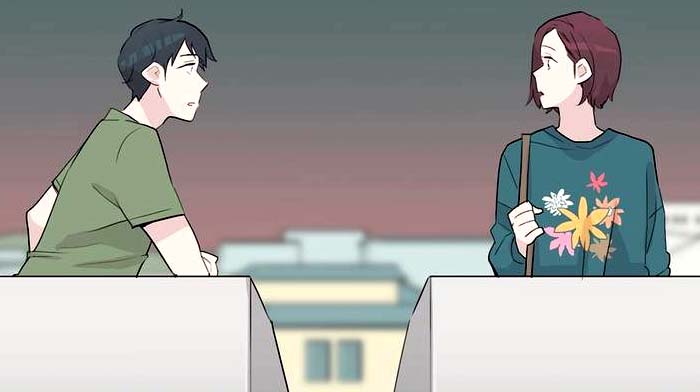 The story of this mature romance manhwa is about Han Eunbyul, a lonely girl who lives in a one-room apartment and does a hopeless job in a convenience store. But when she had a serious conflict with her next-door neighbor a pop star who was hiding named Kang Bin,  who drinking with an old classmate Junghoon Choi a handsome webcomic artist who was obsessed with her. Now it seems to take a romantic turn, a bit later after Kang Bin’s misinterpretation.

Overall, The manhwa is great! It really shows some good memories… The story takes much more dramatic turns as emotions and backgrounds unfold, and it makes you want to read even more, and the art is really nice.

So, if you are looking for a comedy and mature romance manhwa with adult couples to read! This one is worth your time. 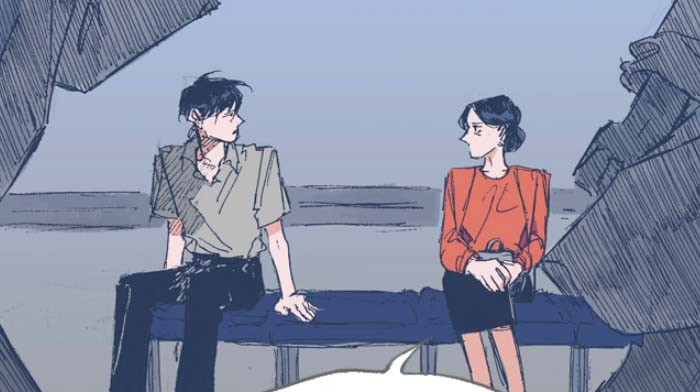 This mature romance manhwa is centered around a  charming, funny, and refreshing girl called Kang Eon Ju, she lost her house and job at the same time. After a while, she found a job in the mansion, she immediately seized the opportunity! That’s how she met a dark and mysterious man who will change her life.

This was a nice mature romance manhwa, gather all the characters mature together. The story just invokes so many emotions it’s absolutely hilarious at times, and sad at others. The character chemistry is off the charts, and the art style is super unique totally breaking from the typical mold. This webtoon is just absolutely amazing.

overall, if you need josei manhwa about a mature couple! this webtoon is recommended for you.

7. The Lady and Her Butler 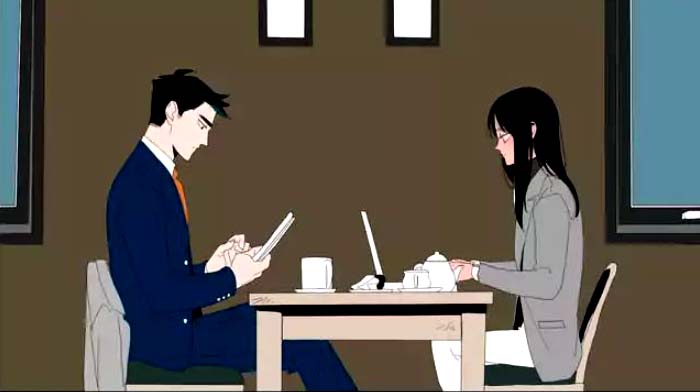 The story of this mature romance manhwa is about a Sooha Sooha LIM, a girl who hates men. Because she was tired of her mother calling to talk about her boyfriend’s problems, tired of friends trying to arrange a date for her, tired of waiting for the girl who was waiting for Prince Charming.

However, when a penniless homeless man offered to keep a house in exchange for a temporary residence, Sooha found that for the first time in her life, she said “yes” to a man.

After all, who doesn’t want to go home and enjoy a warm homemade dinner, clean sheets, and freshly ironed clothes?

The Lady and Her Butler is a completed romance manhwa with a cute and funny adult couple. The story is enjoyable, the characters are interesting, and the romance is sweet and the main leads’ interactions were so much fun to read.

6. I Married the Male Lead’s Dad 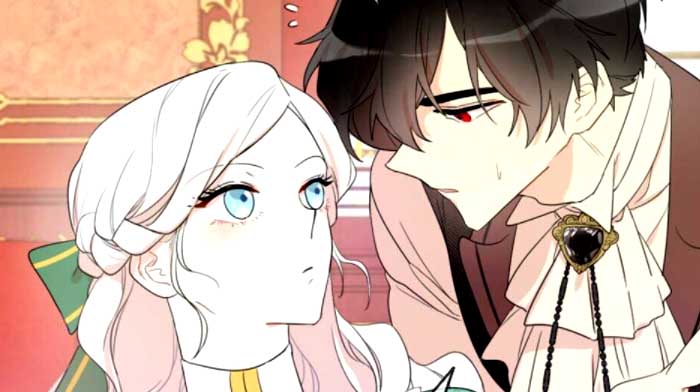 The story of this romance manhwa started when a cute girl named Aisha got reincarnated into a body of a minor character in the world of Persona her favorite novel in her past life. However, She decides to continue stunning her favorite character, the male lead who is currently a child and accumulates power and money to be closer to him.

Until such time that attracts the attention of his adoptive father, the man we would bark for, and he mistakenly assumes that she was devoting herself to him rather than his son. shenanigans ensue between these two from the misunderstandings.

In general, this is an epic mature romance manhwa to read, the art style is amazing and super cute, the character development is good as well.

well, if you’re a fan of Isekai, fantasy, magic, and romance manga! and you’re looking for a mature romance manhwa to read! Then this one is worth your time. 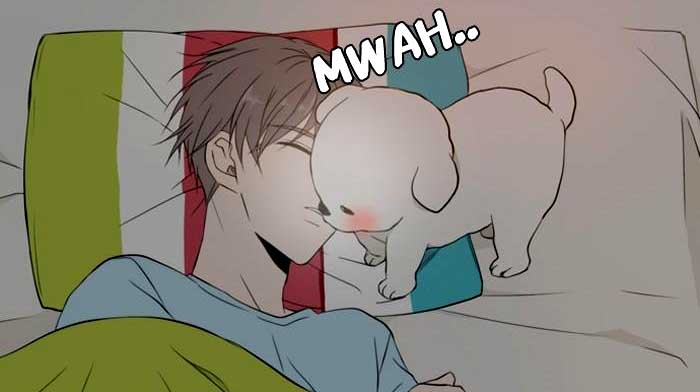 This mature romance manhwa is centered around Hana HAN, who apparently is cursed. One night, when Hana was drunk, she had a sudden urge to kiss the guy who she had a crush on. However, she kissed the wrong guy! To break the curse of turning into a dog she must kiss the same guy again in her dog form but what if that guy is scared of dogs!?

This mature romance webtoon is amazing!! Definitely worth your time to read! It will make you imagine that such a perfect adult couple as them actually exists. So, if you are a fan of romance and some supernatural manhwas! This is really an awesome comic recommendation for you, the more you read it the more you fall in love with it.

4. The Girl and the Geek 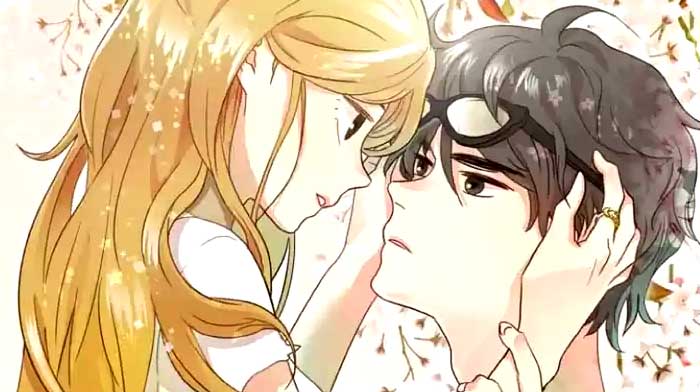 Basically, this mature romance manhwa is about a rich nerd and a pretty little who failed her civil service exams 5 years in a row. she works as a cleaning lady at his company..but he doesn’t know how to clean up after himself and is a total mess, she was assigned to clean his office and accidentally throw away a ten million won figure. she must repay him now by cleaning his place which is a mess. he’s a game developer who loves anime and 2d girls, and it didn’t take that long for them to confess to each other.

The story is really pleasant. No mysteries, no big drama, just two characters that meet themselves at the start of the story, fall in love, live as a couple and marry themselves. A heartwarming romance story with some cute scenes from both MCs. It is a wonderful adult webtoon for romance fans. you’ll really love it even if you have some troubles with shoujo manhwa, this one is different and it is worth the read if you want a real mature romance between two adults.

Moreover, it progresses smoothly, at the perfect pace. No unnecessary angst and a storyline full of endearing moments, and others that will make you laugh out loud. a must-read recommendation If you’re looking for a good romantic webtoon. 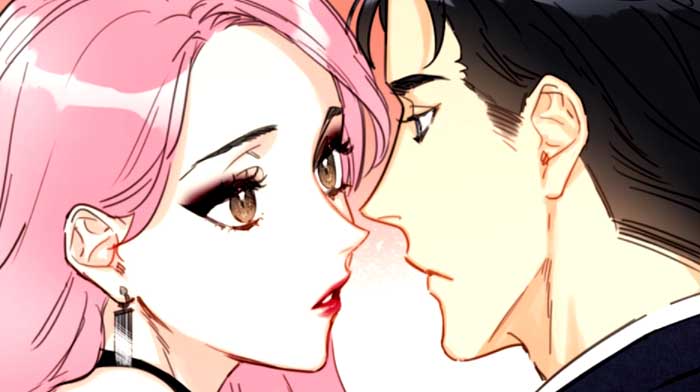 This Korean mature romance manhwa follows Hari as she decides to go on a date with her friend. However, when she met her date, she was surprised to find out that the man actually is her boss, Taemu Kang! She tries her best to keep her identity a secret but it’s only a matter of time before he finds out.

in general, This rom-com manhwa is a pretty typical boss-employee relationship yet they met in an interesting way. The art is blindingly beautiful and there’s a lot of effort being put into the details. Moreover, every character in the manhwa has a unique personality. This is one of the best Korean Drama and mature romance manhwa with an adult couple on this list, definitely worth reading! 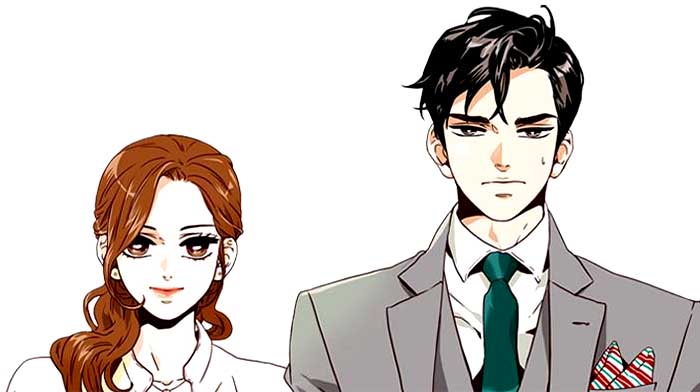 This typical boss/employee romance manhwa starts with Youngjoon, a bossy, loaded, and good-looking vice president of a major corporation. Miso was always his perfect secretary, basically legend for surviving her narcissistic boss for 9 long years, but now she’s quitting.

However, Miso isn’t annoying or obsessed with Youngjoon and she’s independent, strong, beautiful, kind, hardworking, and caring. Yet Youngjoon acts like he is doing Miso a favor by offering to be in a relationship with her (because it would be “inconvenient” if she stopped working for him),  and when he is turned down, he won’t take “no” for an answer.

Overall, The characters, plot, art, and everything are so perfect. Besides the heaps of romance all throughout the story. This manhwa definitely worth reading, and I would recommend it to all boss/employee and mature romance manhwa lovers! 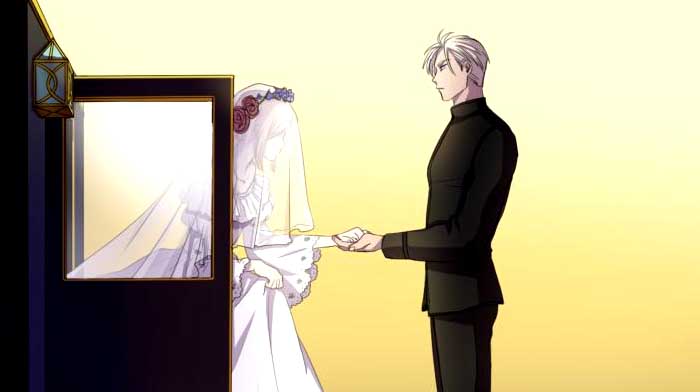 This Korean manhwa starts with an insult to Duke Eli when the humble maid Edna came to marry him instead of the noble daughter Anna who refused him. However, this ambitious maid hides a bigger secret behind her obvious looks. A secret that may change the history of the kingdom. hence, Can the two find freedom, and love without skirmishing with each other?

In general, this mature romance manhwa is original and does a great job of being mysterious and heartwarming at the same time. The story slowly begins to change from a realistic medieval drama to an interesting touch of romance from a true romantic manga. There is a bit of smut in a few brief scenes at the beginning, but still a good manhwa recommendation to read.

Well, if you like action and mature romance manhwa with a strong female MC, then this webcomic is for you.