Fantasy Anime Movie That You Must Watch

Fantasy anime movie is one of the most popular genres because it’s full of enjoyment, adventures, and wild imagination. That will make you feel so amazed!

The diversity of plots and stories gives each fantasy lover something to enjoy. Therefore we decided to list for you the top 10 fantasy anime movies so you can find your next favorite show.

So, without further ado, let’s start our adventure…

You May Like Also: Manhwa With OP Badass Main Characters

10. Maquia: When the Promised Flower Blooms 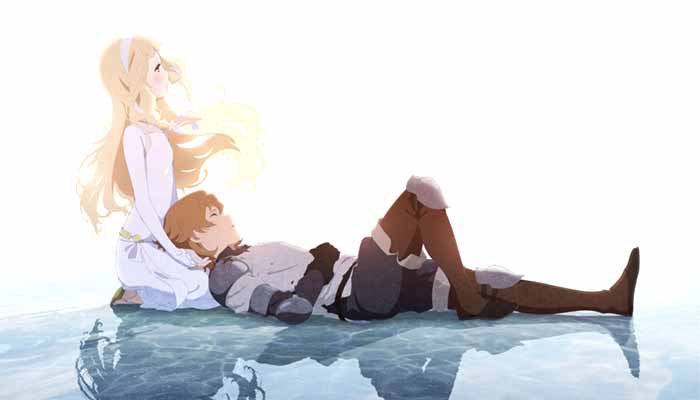 In this fantasy anime movie, Maquia is an Iorph—mystical beings who can live for hundreds of years.

However, Maquia is always feeling lonely despite the people around her. She daydreams about the outside world but dares not to travel from her home due to the warnings of the clan’s chief.

Nonetheless, one day, the outside world finds her, as the power-hungry kingdom of Mezarte invades her homeland. their king wishes to add the immortality of the Iorph to his bloodline.

The humans and their Renato ravage the Iorph homeland and kill most of its inhabitants. Caught in the midst of the attack. Maquia finds a baby in a destroyed village and decides to raise him as her own, naming him Ariel.

Although she knows nothing about the human world, how to raise a child that ages much faster than her, or how to live with the smoldering loneliness inside, she is determined to make it all work somehow. The art in this fantasy show is astonishing.

This anime movie is one of the most impressive projects of P.A., It id match the pace of the film and intensifies the emotions of the characters, it’s a fantasy anime movie you don’t want to miss…

9. Black Butler: Book of the Atlantic 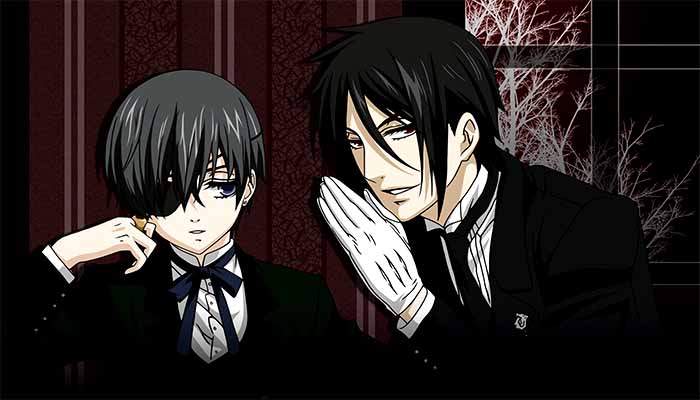 This fantasy anime movie centers around Ciel and his demonic butler, Sebastian!, starting a great adventure after hearing rumors of a peculiar society bringing people back from the dead.

They started an investigation amongst the Aurora Society and they find familiar faces and a sight they can’t believe, a woman raised from the dead! But surprise turns to fear when the shambling corpse attack.

With questions more than answers, both are up against hundreds of corpses, even worse the flamboyant reaper Grill and his partner stand in their way.

Time is ticking and if the due doesn’t act fast, they’ll face some serious rough problems. In short, this fantasy anime movie is really brilliant.

The animation and music of the show are up to standards, and the fighting scenes are well-paced with impressive action. Almost everything is good about this film…

8. KONOSUBA -God’s blessing on this wonderful world!- Legend of Crimson 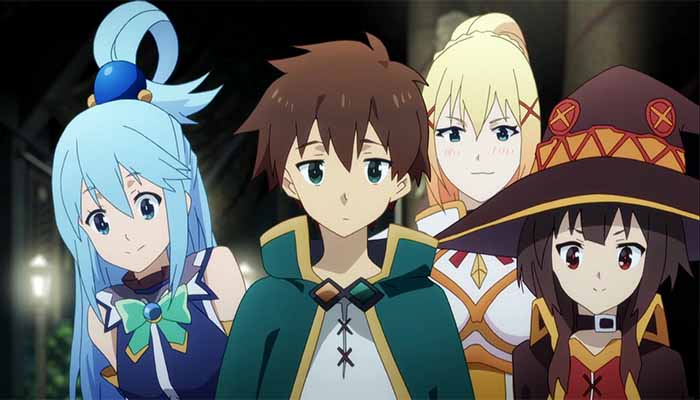 This fantasy anime movie centers around Megumin, she and Yunyun both originate from the Crimson Demons.

Moreover, it is no strange that the forces of the demon lord fear them, even if his generals attack their village, they can easily take them down due to their mastery of advanced and overpowered magic.

Yunyun receives a serious letter regarding a potential tragedy coming to her hometown, she informs Kazuma and his party. However, it turns out it’s just a prank from her fellow demon.

Despite that, Megumin got worried, therefore, she set out to the village of the Crimson Demons with the gang.

subsequently, when they decide to discover the wonders of Magumin’s birthplace, they found that the prank threat they received might be more than just a joke.

In conclusion, this fantasy anime movie is funny, has a good plot, has amazing music, and phenomenal animation.

This anime movie is beyond expectations and absolutely mindblowing for Konosuba fans, it’s the show we’ve been waiting for years, watch it and you won’t regrate.

This fantasy anime movie will take through the story of Riku and Schwi who holds the hopes of humanity to prevent their extinction and bring peace to the Disboard.

In a land without laws, humans have weak bodies and black magic, which makes them easy targets for the Exceed, leaving humans on the doors of a massive extinction.

However, one day, Riku finds a powerful female ex-Machina, and name it Schwi.

She believes that humanity has survived only due to the power of emotions. So she is determined to understand the human heart.

Both formed an exceptional partnership in the middle of the chaos, now they must fight for humanity.

Moreover, find answers to their shortcoming in each other, and discover what it means to be a human as they fight for their lives against all awful circumstances.

In short, this fantasy anime movie is without a doubt one of the best fantasy shows out there, the characters don’t need introductions, and the music is beautiful throughout the film.

The animation is clear, bright, and smooth, it’s a great fantasy show hands down…

6. Made in Abyss Movie 3: Fukaki Tamashii no Reimei 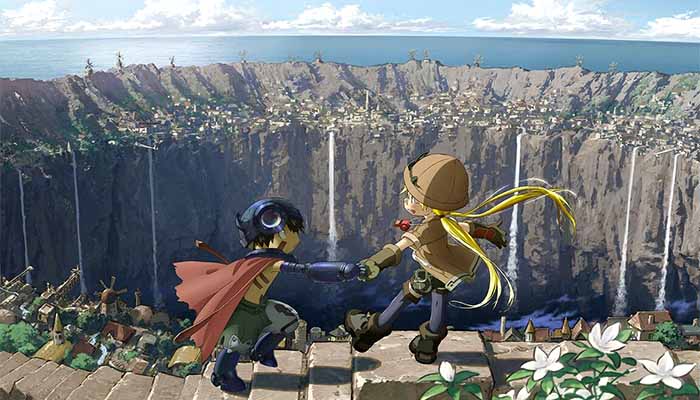 This fantasy anime movie continues the heroic adventure of Riko and Reg both joining with their new friend Nanachi.

In the show, the team goes down into the treacherous fifth layer of Abyss, the sea of corpses, and encounters the mysterious and legendary white whistle whose shadow looms over Nanachi’s dark past.

Bondrewd is creepingly hospitable, however, the brave team of adventurers knows that things aren’t always as they look in the mysterious Abyss

The art in this fantasy anime movie is stunning and captures every detail in the film, the characters are well developed and the music is good.

In conclusion, this fantasy show is a masterpiece and one of the best anime movies you can watch… 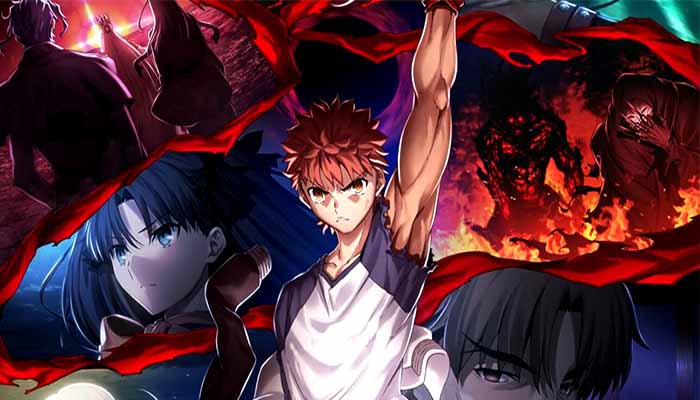 This fantasy anime movie centers around Shirou Emiya who is participating in the continuous war of the Fifth Holy Grail, in hopes of being a justice hero who saves everyone, he is searching the truth behind a mysterious dark shadow and its murder spree, planning to defeat it.

Meanwhile, Shinji Matou has his own plan, threatening Shirou through his sister Sakura Matou. Shirou and Rin battle Shinji in hopes of releasing Sakura from the abuse of her brother.

However the ugly truth of the Matou siblings rises to the surface, and the dark secrets are exposed. This fantasy show continues to showcase the Masters and Servants as they fight each other in order to obtain the Holy Grail.

However darkness arises within the city, So the state of their sacred war is in danger. That is to say, the art in this fantasy anime movie is nice to look at and the music is amazing.

The film animation is stunning and will take your breath away, moreover, the fight scenes will leave your jaw open… 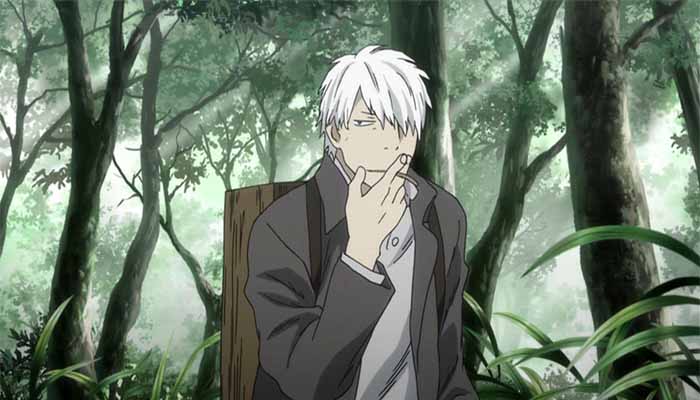 Several years later after Mushishi Ginko and the protagonist of this fantasy anime movie, heard the sound of bells ringing in the mountain near his house, he encounters a strange girl at that same mountain, with weeds growing out of her body.

A while after, Ginko runs into Yoshiro who’s now a grown-up boy and with his help, Ginko started uncovering the identity of this girl and what happened to her.

That is to say, this fantasy movie is great, the animation is very well executed, the soundtracks are amazing, the characters are well developed, and the story is on point,

In conclusion, this fantasy film deserves every minute of watching. 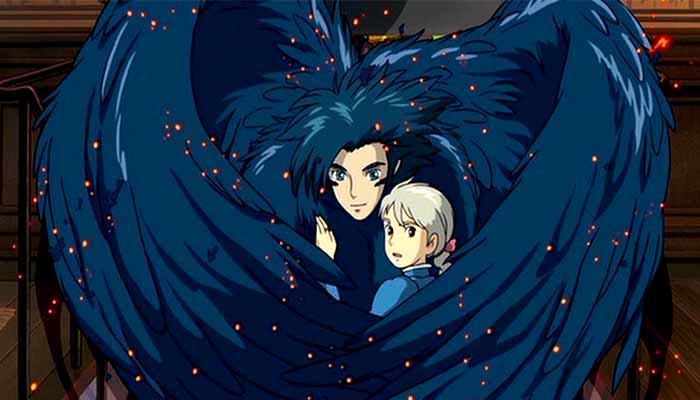 In addition to Sophie, the plain daughter of a hatmaker who does not expect much from her future and only with working hard in the shop.

However, Sophie’s life will turn exciting when trapped in a disturbing situation, where the mysterious wizard will rescue her.

Moreover, this encounter, spurs the vain and vengeful Witch of the Waste, to put a curse on her, turning her into an old woman.

Therefore, to return to normal, Sophie must accompany Howl on a dangerous adventure as a raging war shred their kingdom apart.

That is to say, the story of this fantasy anime movie is hands down amazing. The animation is absolutely stunning, and many of the backgrounds look realistic.

Moreover, the music is just beautiful. In conclusion, this fantasy movie is definitely worth watching… 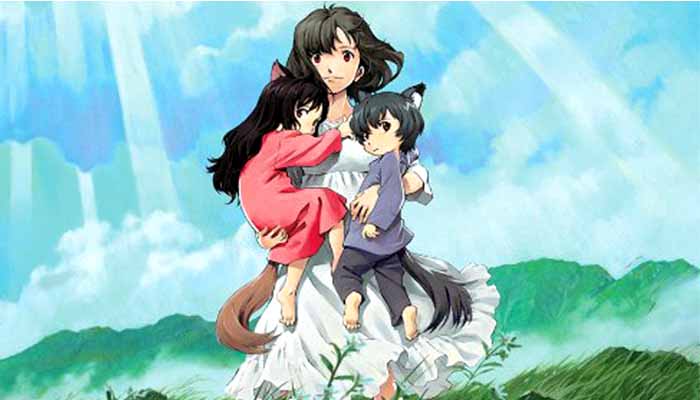 As hard as it is to raise young children alone, Hana’s task is rendered even more complicated as she also has to hide her children’s true nature from the world as they are not yet able to control their abilities.

That is to say, this story carefully and gently handles the fantasy so that it never overwhelms the film, and the animation is fluid and beautiful.

In conclusion, this fantasy movie is incredibly sweet and heartwarming. A film filled with magic and hope, that will be sure to leave a mark… 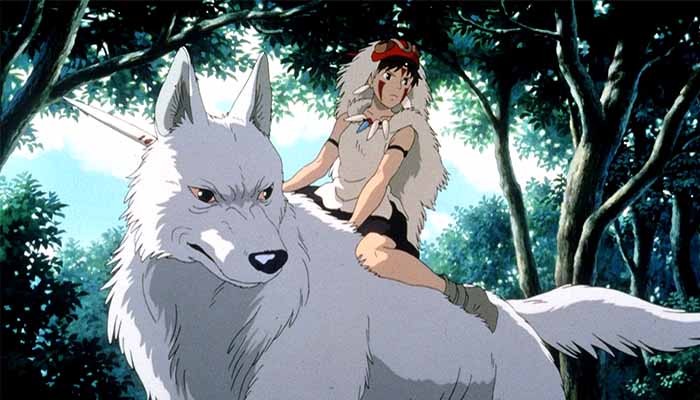 This fantasy anime movie centers around Ashitaka, a prince where in a quest to find a cure for his curse, he finds himself caught up in a war between the god of the forest and humans.

Along his travels, he meets a young woman named San who was raised by wolves and seems to be more of a wild animal than a human being.

Together, they will fight to protect the God of the forest from the corruption brought by man and their hunger for power. the animation and the art of this fantasy anime movie are really good, and the music is beautiful.

In conclusion, this fantasy show is pretty graphic and targets a more mature audience, and overall it’s definitely a must-see.

Finally, if you enjoy this list of fantasy anime movies, don’t hesitate to give us your opinion in a comment down below.

And also, feel free to join us on our Youtube channel, There you will find a lot of suggestions and recommendation that will make your day…

The 25 Best School Anime With A Delinquent MC