Amazing Manhwa Adapted to Anime That Everyone Should Read

Best Manhwa Adapted to Anime that no one should miss

Most anime on the market derive their content from a variety of sources. For example, such sources include light novels, games, and visual novels. And of course, manga has the highest percentage of where sources are derived from.

However, that’s not why we’re here, that’s right we’re here to talk about manhwa adapted to anime. a special list made only for you dear otakus.

You also like: The Best Isekai Manhwa Of All Time

Timing is a manhwa adapted to anime written by Kang. It was published on Jun 20, 2005, and has 3 volumes and 30 chapters.

The manhwa adapted to anime movies later and was aired on 3 Oct 2014. After the initial co-production project was dropped in 2010. A Korean company took over the film’s creation solely, with government funding from the Korea Creative Content Agency (KOCCA). They changed the art style and added a 5th character.

This movie unravels the mystery behind a series of suicides at a high school in Seoul. Park Ja-gi, a teacher at this school whose mother is a shaman, keeps rejecting mysticism, but he can foresee a catastrophe in his dreams. Witnessing in his dream many people standing aside to jump off from the top of the school building, the school teacher tries to stop the mass suicide. Some people around the school also have special gifts. Kim Yeong-tak is a student who can stop time. Kang Min-hyeok can rewind time 10 seconds. However, he suffers from a guilty conscience about failing to save his own wife and child. Lastly, Jang Se-Yun can foresee 10 minutes ahead of time. These people gather their abilities to prevent catastrophe at the school. 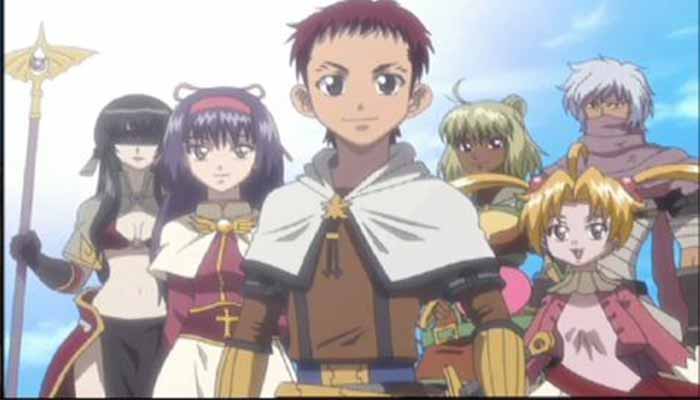 The anime story goes like this: A great evil is sweeping over the realm. an evil that the young swordsman Roan and his life-long companion, the acolyte Yufa, must face head-on!. For these two travel toward their destiny, from the highest towers to the depths of the underworld, through forest and desert alike. With an ever-growing cast of fellow heroes, fate will grasp these travelers by their very souls and propel the band of skilled adventurers towards a noble end. Or ignoble, if they don’t watch their step!.

Monsters are afoot and the way rife with danger and magic. The path forward may be unclear… But where the will is strong, there is a way!. Lessons wait in the depths of darkness, and good must prevail. The journey starts now!

This manhwa adapted to anime was first adapted to a massively multiplayer online role-playing game created by Gravity. It was released in South Korea on 31 August 2002 for Microsoft Windows. Furthermore, The game has spawned an animated series. It was produced in the first quarter of 2004 and was broadcast on TV in Tokyo in Japan. In 2005, it was broadcast on SBS in Korea. It has 26 episodes.

5. When I Woke Up I Became a Bagel Girl 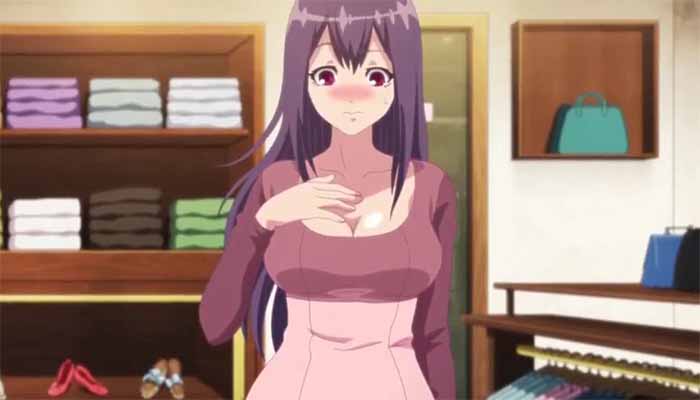 This is a manhwa adapted to anime made by Tank Guy over on Lezhin Comics.

Bong Gi used to have dreams of making something of his life. But now all that seems like a distant memory. He has become fat, lazy, unemployed, and altogether unlovable. In the real world, people are grossed out by him. He has never had a girlfriend and he spends his late nights fantasizing about women whose pictures he leers at on the internet. His own life appalls him, but he has one escape – his online life. Gaming has become his everything, and he excels at it.

After another long, lonely night of gaming, he wakes up – and is shocked to find that he has transformed into a woman. Or to be more precise, a woman who looks a lot like those he used to lust after online!. Confused, he does not know where to turn – so looks for answers on the net. He encounters a young woman in a chat forum named Sae Mi, who offers him advice. He soon falls for her charms – which makes things complicated, to say the least. And things get even more bizarre when he attempts to take revenge on Sang Woo. a school bully who turns out to be Sae Mi’s older brother!

The manhwa was adapted to anime by Studio Animal and was released in 2019. Spanning up to 15 14-minute episodes.

4. Blade of the Phantom Master 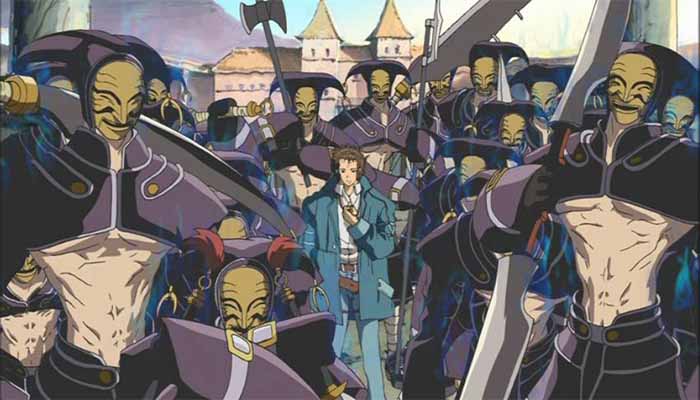 Shin Angyo Onshi is a manhwa adapted to anime written by  Yoon, In-Wan, and illustrated by Yang, Kyung-il. The manhwa was serialized from 2001 to 2007 in South Korea and Japan. Furthermore, it was adapted into an animated theatrical-release film in 2004 in a first-of-its-kind collaboration between Japan and South Korea.

Moreover, In 2007, an English-language version of the film was released in the United States by ADV Films under the Market-Based Title Blade of the Phantom Master. In 2008, the anime became one of over 30 ADV titles transferred to Funimation. As of 2017, the manhwa is being re-released serially on Naver as a fully-colored Webtoon.

After wandering through the desert for days, a bitter warrior named Munsu is lost and unable to continue. His life is unexpectedly saved by Mon-ryon, a young man who dreams of becoming a secret agent for Jushin.

A once-great country that was recently destroyed. Mon-ryon’s goal is to save his girlfriend, a born fighter who is held captive by the evil Lord Byonand. Then, out of nowhere, blood begins trickling from his chest. He has been fatally wounded by the Sarinjas. A cannibalistic breed of desert goblin. The quick-thinking Munsu convinces these beasts to spare his life, in exchange for the peaceful handover of Mon-ryon’s appetizing corpse.

Although skeptical of Mon-ryon’s motives, Munsu sets out to continue the mission that the young idealist described. Accompanied by an army of ghost troops, unleashed using the powers of Angyo Onshi, Munsu liberates Chunhyan. After visiting her boyfriend’s final resting place, she declares herself Munsu’s bodyguard. Together, they set out on a mission to punish those who stripped Jushin of its original glory.

3. The God of High School 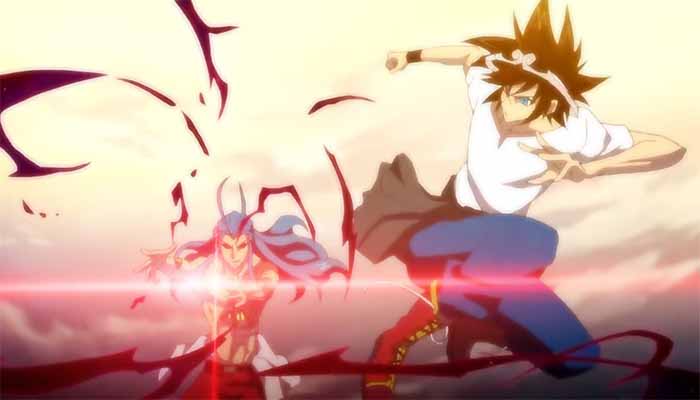 The God of High School is a Korean Manhwa adapted to anime written by Park Yong Jae. Published first on Naver Webtoon on 8 April 2011 and launched in Line Webtoon from July 2014. The series inspired a mobile game and an OVA.
The story follows Jin Mo-Ri, 17 years old martial artist from Seoul, South Korea. A mysterious organization sends out invitations to every skilled fighter in the world to participate in the event called The God of High School. “If you win you can have ANYTHING you want,” they said as they are recruiting only the best. Jin Mo-Ri invites by a blonde-haired man and only agrees to fight when the blonde-haired man can knock him out in one punch.
Crunchyroll announced the anime as one of the eight Crunchyroll Originals and produced by MAPPA. 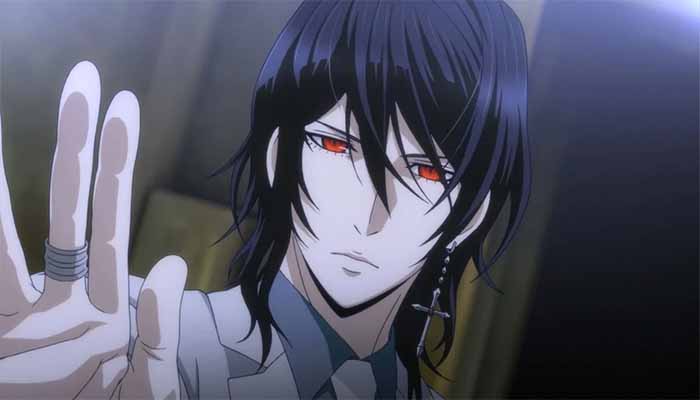 Noblesse is Korean Manhwa adapted to anime written by Son Jae Ho and illustrated by Lee Gwang Su. Published first on Naver Webtoon on 30 December 2007 and ended on 7 January 2019 in total 6 volumes. The series launched in Line Webtoon in July 2014 and inspired two OVA in 2015 and 2016. The manhwa adapted to anime also published a spinoff title Noblesse: Rai’s Adventure in 2016.
The series follows Cadis Etrama Di Raizel. A powerful Noble who has been asleep for 820 years without knowing about mankind’s advancement. One day, Rai wakes up in South Korea in an abandoned building.
Wants to get used to the modern world, he enrolls Ye Ran high school with help from his loyal servant Frankenstein. There, he becomes friends with Shinwoo who an athletic teenager. Ikhan who’s a computer geek and Yuna is Shinwoo’s crush. The dangerous adventures against a secret organization begin as they uncovering Rai’s past.
Along with The God of High School, Noblesse anime adaptation will be coming to Crunchyroll soon and animated by Production I.G. 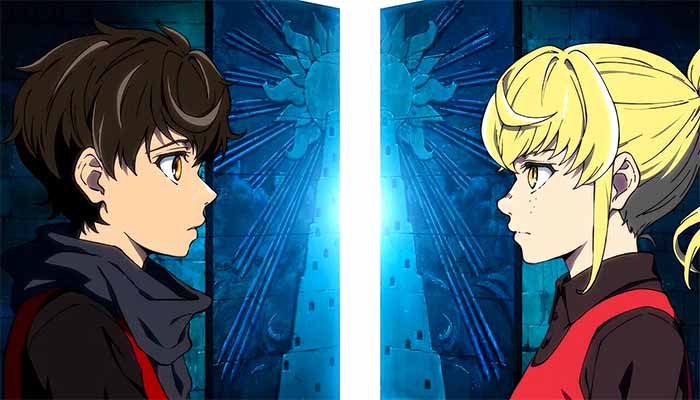 Tower of God is Manhwa adapted to anime written by Korean artist Lee Jong-Hwi or known as SIU. The series started on Naver Webtoon in 2010 and updated weekly. In 2014, Line Webtoon began an official translation and currently released every Sunday.

Sets in a place called Talse Uzer Story universe, follow a boy called Twenty-Fifth Bam. He chases his childhood friend, Bam who tries to enter the vast and mysterious Tower. He tries to find his friend in the tower and faces challenges on every floor of the tower.
Crunchyroll announced that Tower of God was produced by Telecom Animation Film and set to release on the platform on 1 April 2020.

Before you leave, make sure to visit our Youtube Channel. We cover some of the best suggestions from anime to manga and manhwa/manhua, whatever you’re looking for we got it covered.

10+ Extraordinary Anime With NEET MC You Must Absolutely Watch